Patchy, light snow is falling across southeast Wisconsin this morning and has lead to a light dusting in spots. 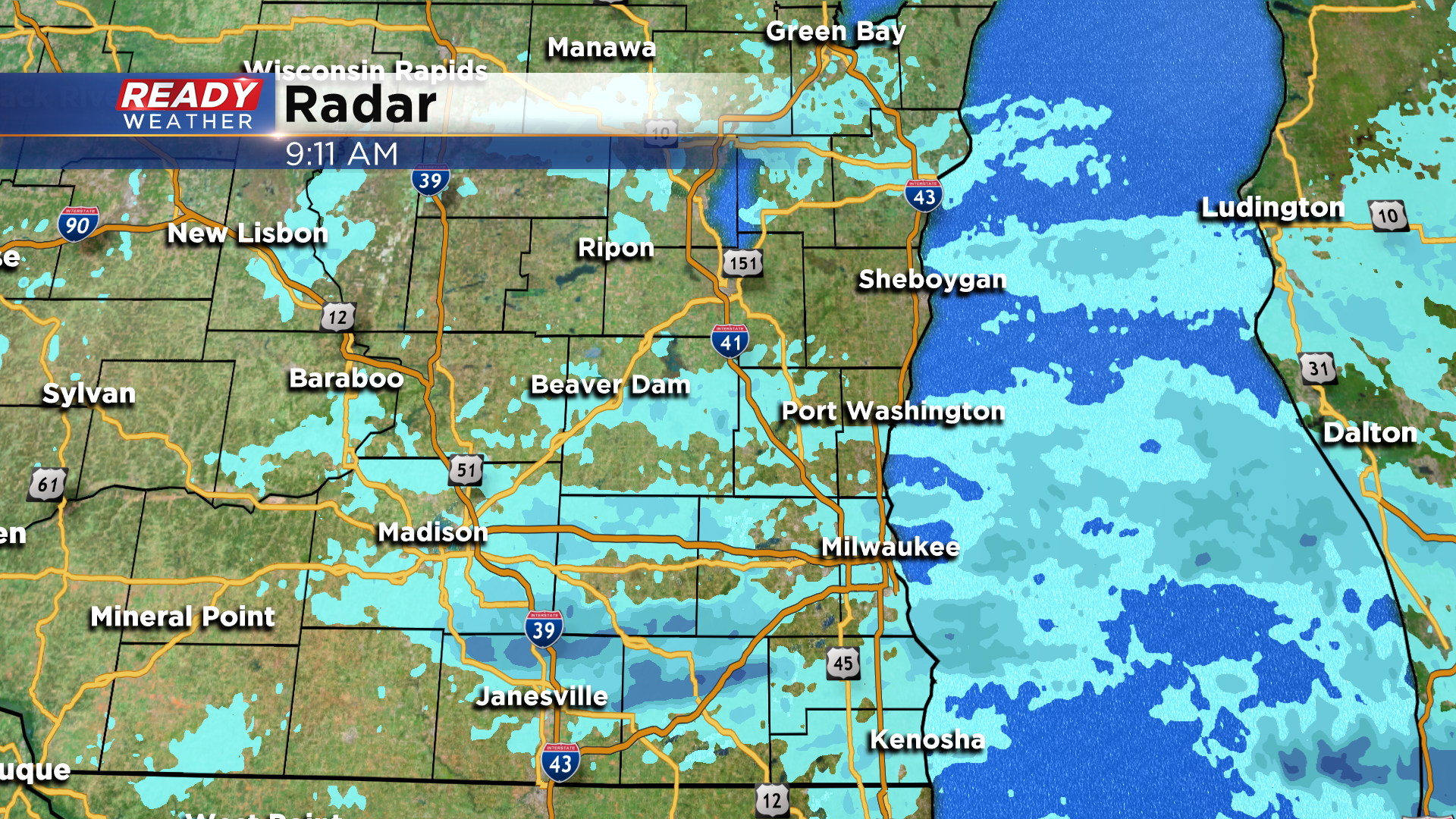 There's also been some freezing drizzle mixing with the light snow in Fond du Lac and Sheboygan counties, which has lead to ice covered roads across. Slippery spots are being reported elsewhere in SE Wisconsin from the light dusting of snow. 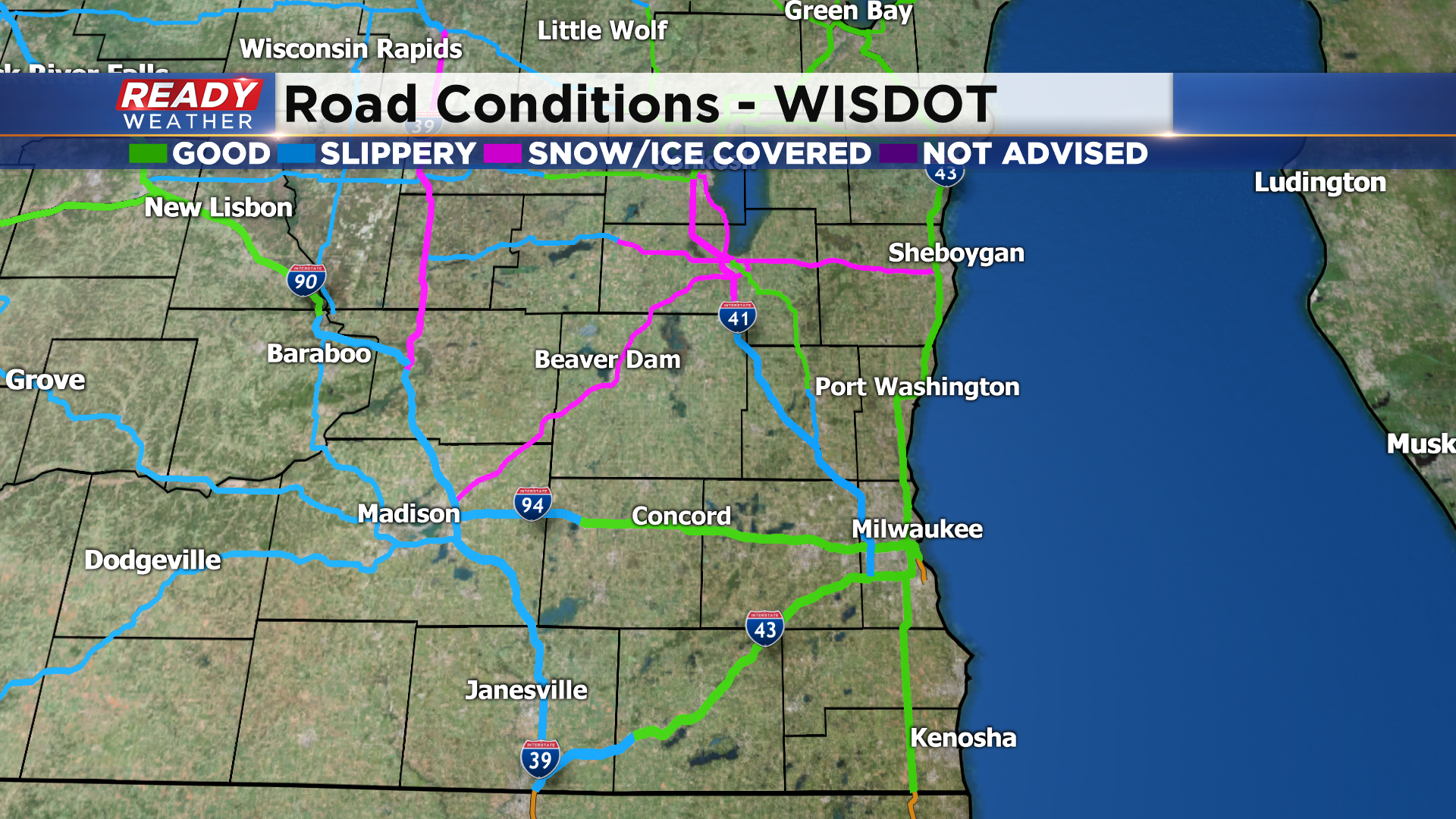 The current area of light snow will taper off to flurries as we head into midday, but additional snow showers are possible later this afternoon into the evening. 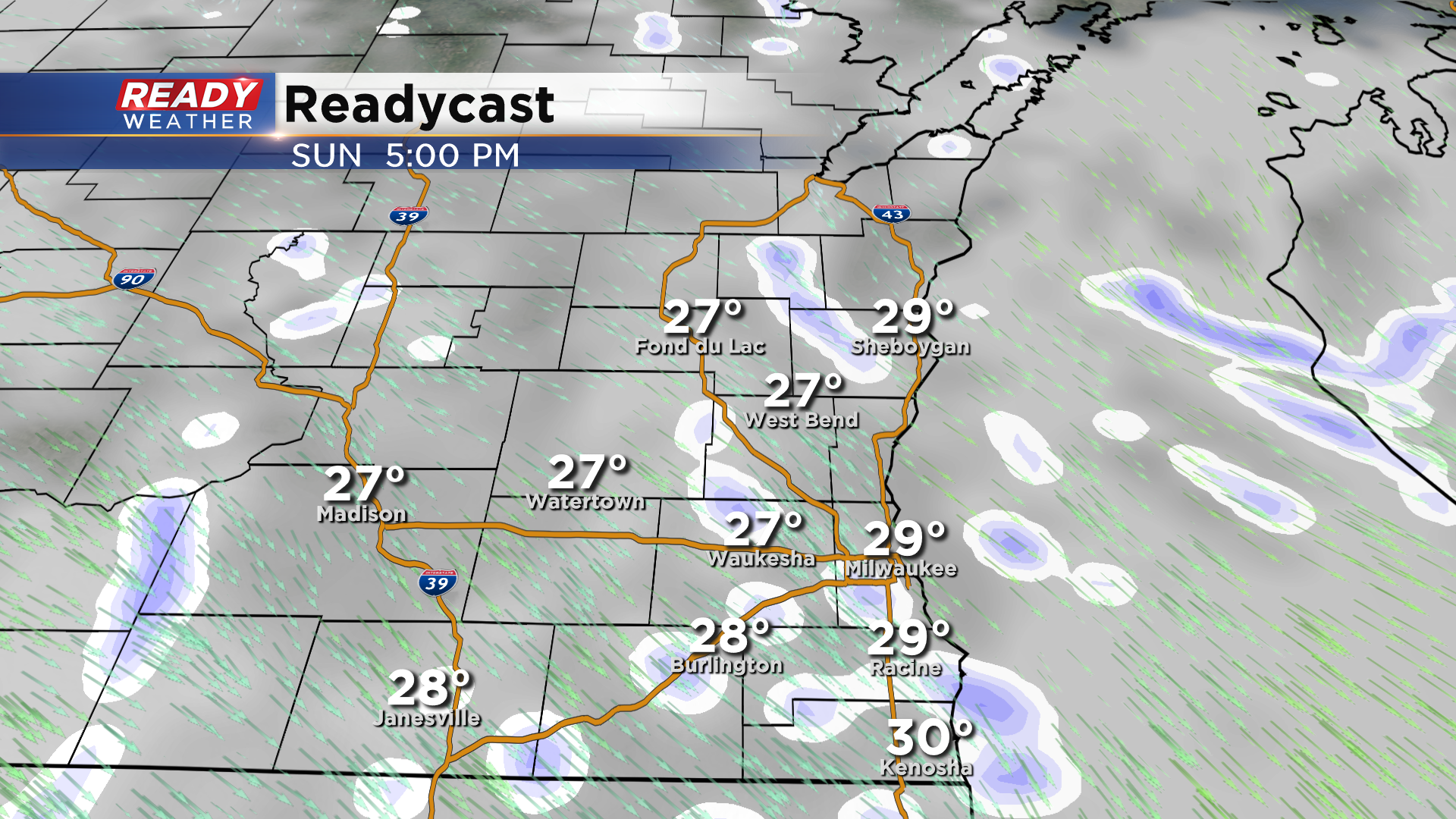 No more than a light coating of snow is expected, but it'll be enough to keep untreated roads a bit slippery.

Round two of wet snow came to an end this morning, but not before 1-3" fell across southeast Wisconsin. Milwaukee officially picked up 1.7" of snow Friday night into this morning. 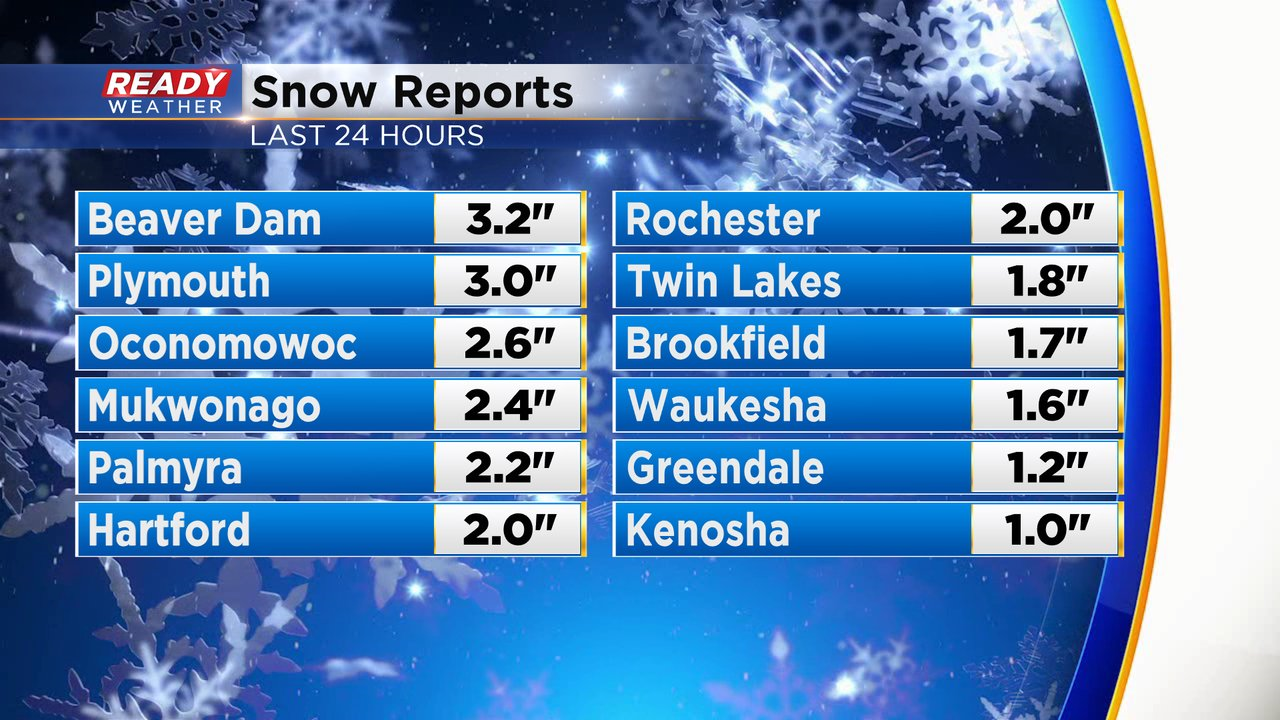 Temps have been relatively mild in the mid 30s most of the day, which has help melt the snow and keep roads in good shape. There are a few isolated flurries out there this afternoon, and these will be possible for the rest of the afternoon before diminishing evening. 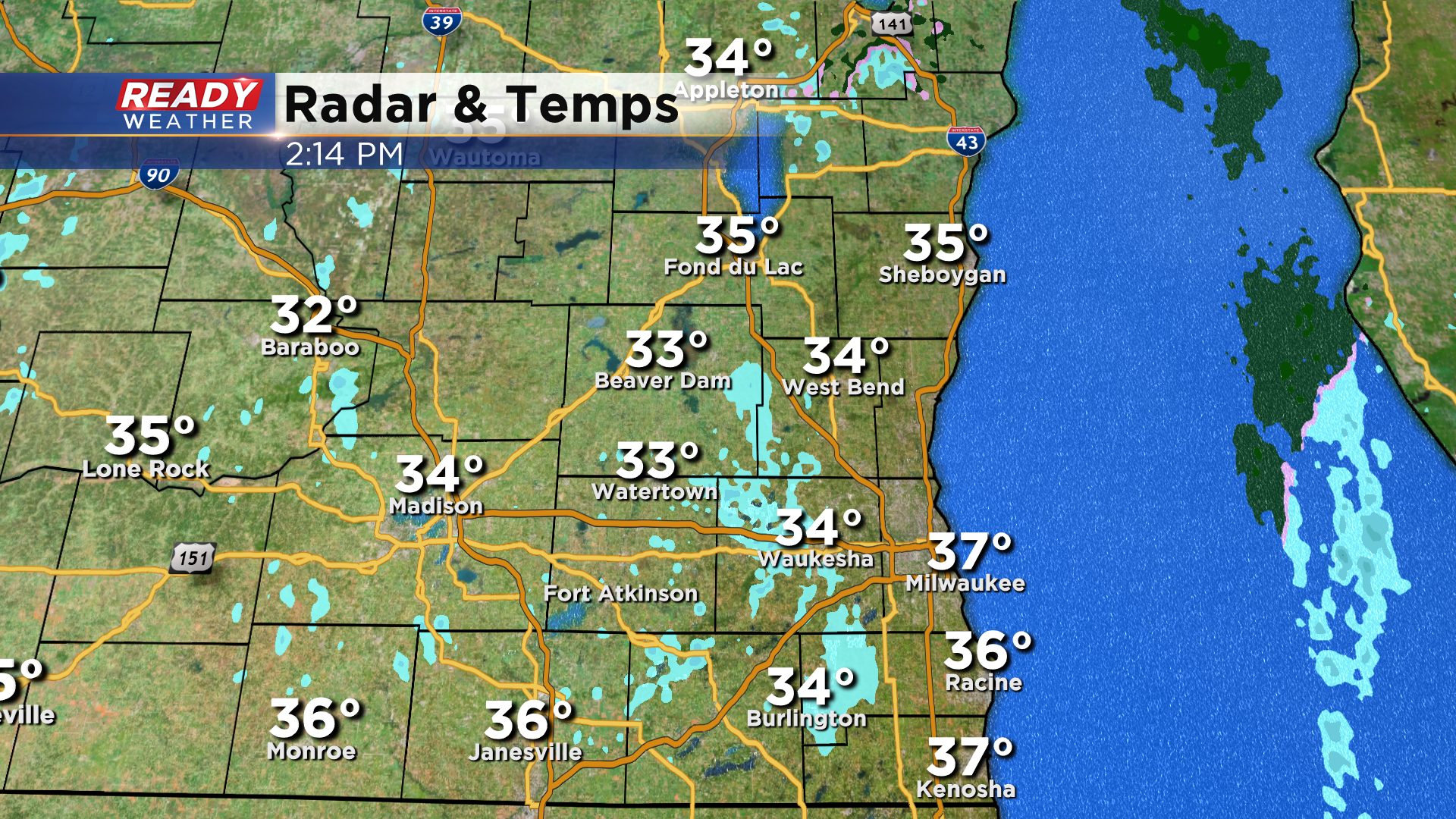 A weak wave of low pressure will pass by to the south early Sunday morning, but it'll be close enough that we could see a few patchy, light snow showers. Any light snow showers will taper of isolated flurries Sunday afternoon and evening. 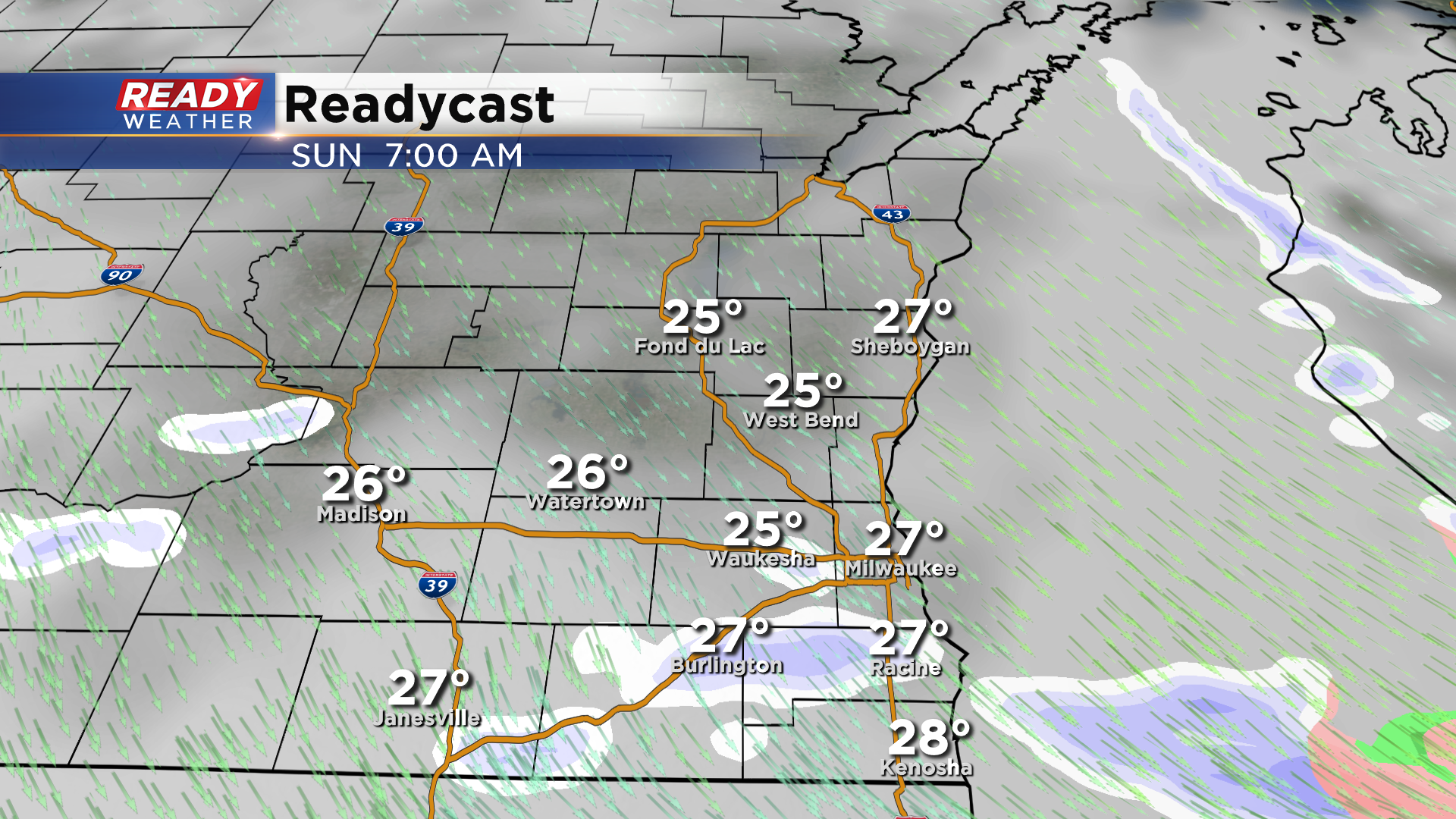 Not everyone will see flurries on Sunday, but places that do could pick up a dusting to a couple tenths of an inch of snow. 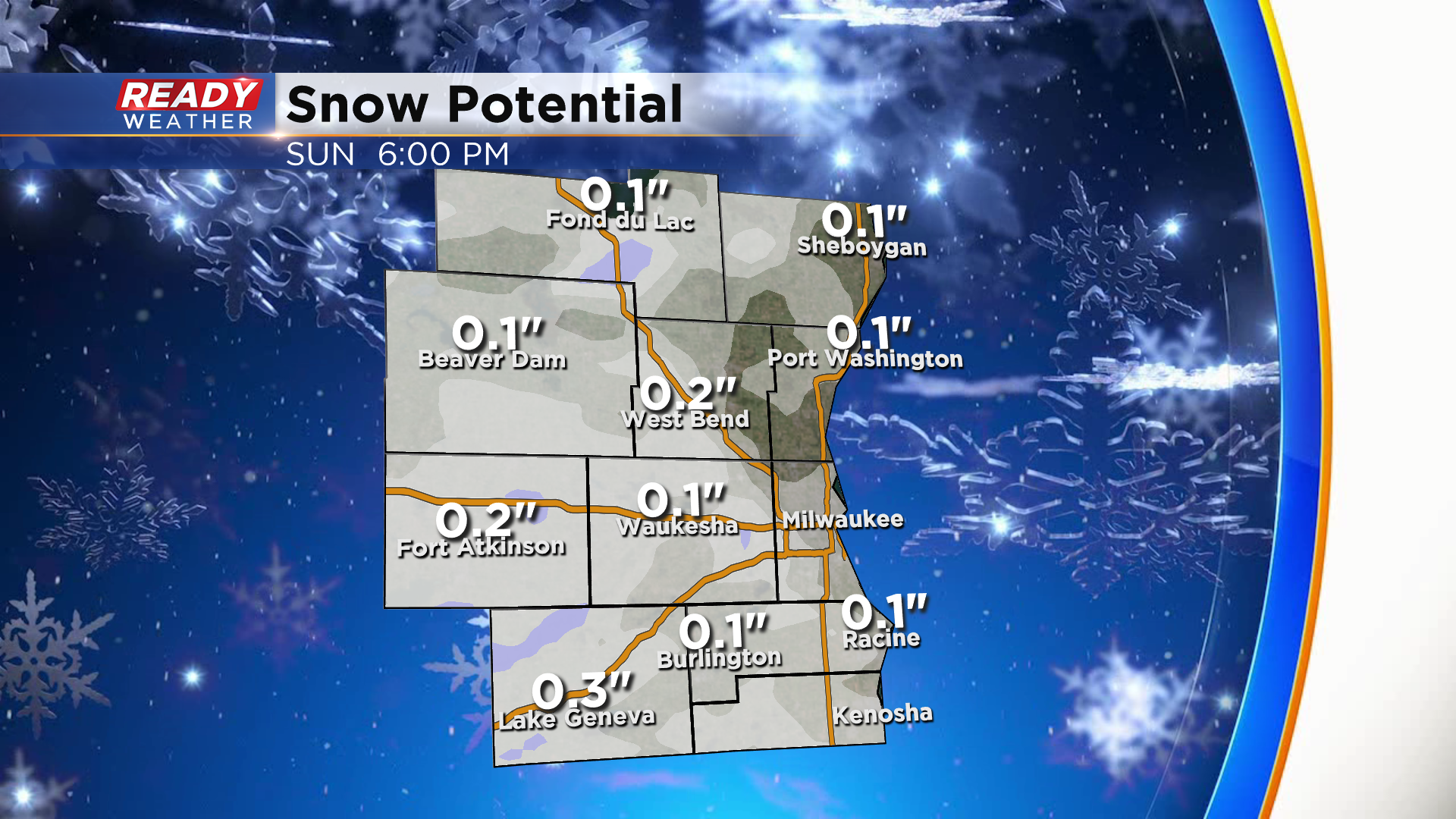 As we head into the new work week there aren't any major systems on the horizon, but a few flurries will be possible from time to time. Temperatures will fluctuate throughout the week with Wednesday and Thursday being the warmest in the mid 30s. 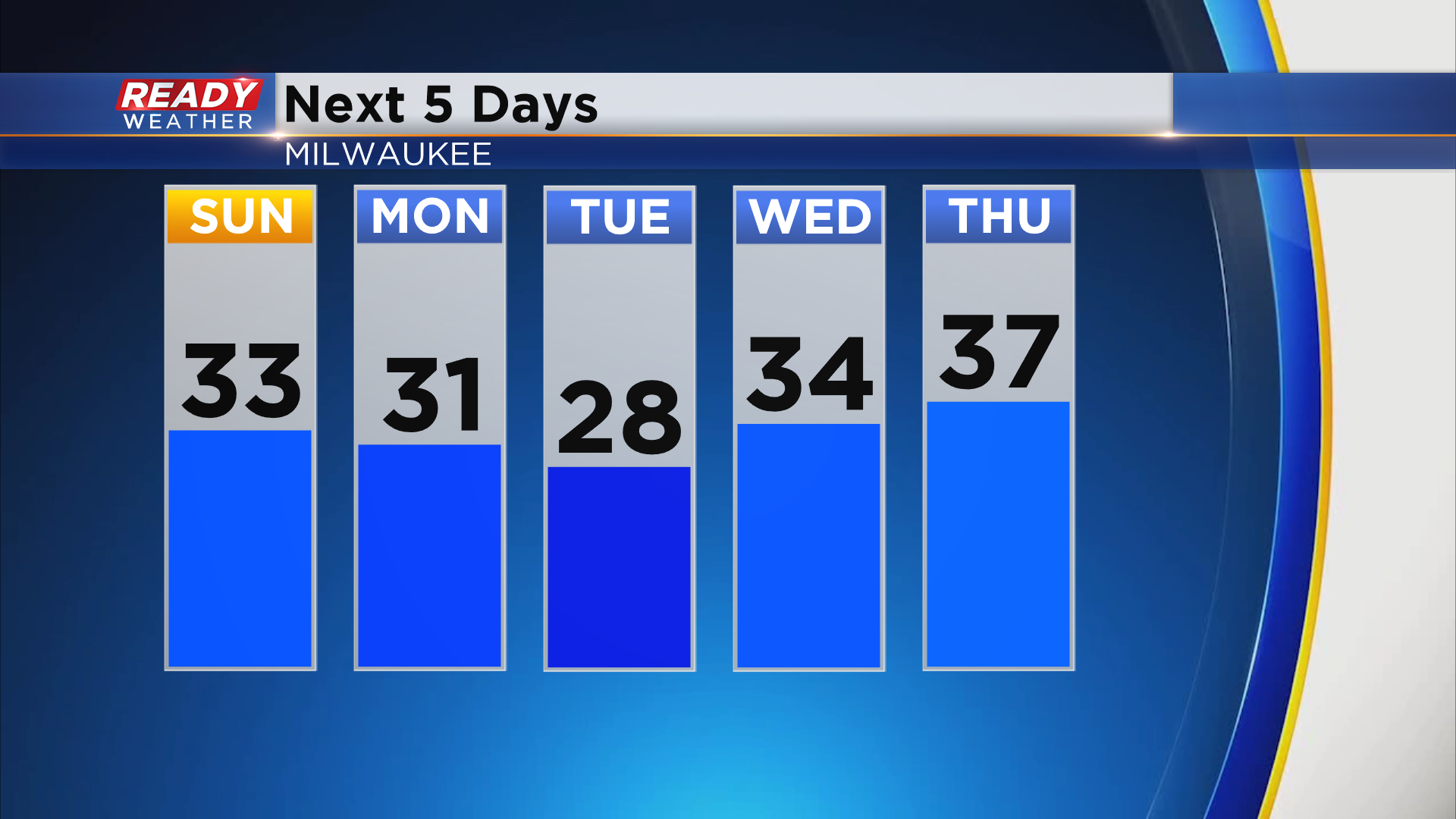 Colder air looks to settle in by the end of the week. Download the CBS 58 Ready Weather app to see how cold temps may be.