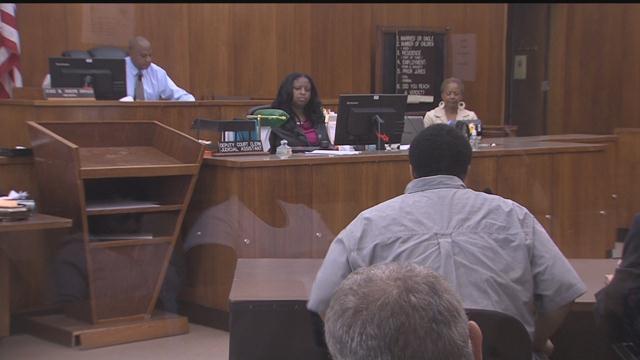 A car accident that resulted in a fatal shooting ended with a plea deal in a Milwaukee courtroom Monday.

In exchange, a penalty enhancer of use of a dangerous weapon was dropped.

It was back in March that Dodson was rear ended on Milwaukee's north side and drove around the area looking for the driver who did it.

It was a short time later that he encountered that person, DeShaun Freeman and shot him three times.

The victim's family was outraged that the accused got bail.

That changed Monday when the judge ordered him held while awaiting sentencing in September.

"I know the defendant has been out on bail," said Judge M. Joseph Donald. "I know that he's been compliant with the terms of his release. Those are factors the court can look at in fashioning any kind of sentence. However, given that he's now convicted of a class B felony, this court finds that it's appropriate to remand the defendant."

Afterward, the victim's aunt said the family was planning to give impact statements at a hearing to determine just how many years Dodson should serve.

"We just wanted justice for my nephew DeShaun," Monica Freeman told CBS 58 News. "And we got that."

Since Dodson is not a U.S. Citizen, he could be deported.

He originally told police he though the victim had a gun.

The criminal complaint says the only weapon recovered belonged to the defendant.

Freeman was the brother of Tamecca Perry, another Milwaukee murder victim.

Their killings were just 20 days apart.

Perry's accused killer was captured after being put on the FBI's Most Wanted List.