Obama: 'Things are going to be OK' after 2016 election 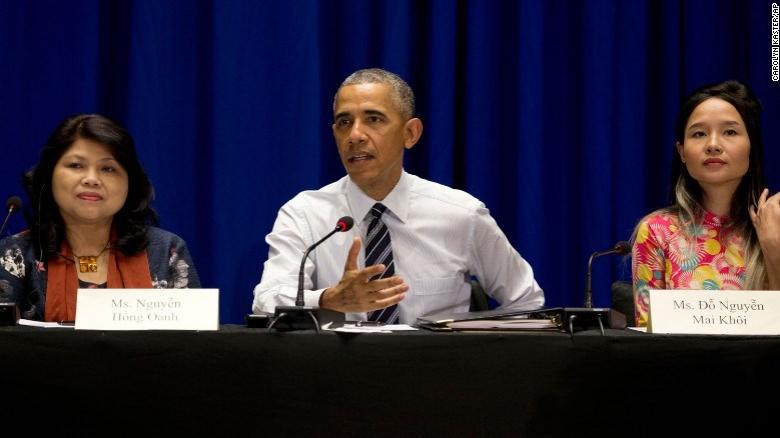 Ho Chi Minh City, Vietnam (CNN)President Barack Obama told an audience of young Vietnamese leaders Wednesday that he knows people in other countries think the U.S. electoral system is a "mess," but he said things would turn out OK in the end because "the American people are good people."

"I think sometimes other countries look at our election system and people think 'wow what a mess,' but usually we end up doing OK because the American people are good people, as I hope I've gotten to know," Obama said in response to a question from the audience.

"The American people are generous, and decent, and hardworking, and sometimes our politics doesn't express all the goodness of the people, but usually the voters make good decisions and democracy works, so I'm optimistic we'll get through this period."

The President added, "One of the great things about the United States is that even when it makes mistakes it's able to adjust and recognize our mistakes and we correct course and take different steps. Things are going to be OK. I promise!"

The town hall turned from politics to Obama's personal life when one questioner asked how he went from being a kid who smoked marijuana to become President of the United States.

Obama responded by saying he rebelled as a kid because "something was missing." As he grew older, he said he stopped "worrying about the father who wasn't there" and worried more about what he could do in life.