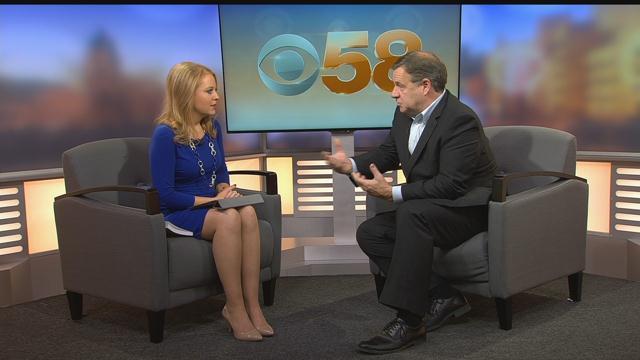 Three teams of terrorists killed at least 129 people in Paris, France on Friday. They staged coordinated attacks at six locations throughout the city.

The attacks in Paris hit close to home for Oak Creek Mayor Steve Scaffidi. He was mayor on Sunday, August 5, 2012 when a gunman with ties to white supremacist organizations attacked The Sikh Temple of Wisconsin in Oak Creek. The gunman killed six people before a police officer shot and killed him.

While Oak Creek is a much smaller city and dealt with fewer deaths, Scaffidi understands what the people of Paris will face in the coming days.

In an interview with CBS 58 Morning News Anchor Jessica Tighe, he explained how Oak Creek healed in the wake of tragedy.

“We got together and we communicated with each other, whether it's in an official capacity where the mayor and the police chief met with the (Sikh) Temple community or just our residents. We gathered together in many formats, large vigils and small groups. We had conversations and we got to know each other and that's probably the biggest way you can heal is to have a conversation with somebody you've never met before,” Scaffidi said.

More than three years after the mass shooting at the Sikh temple in Oak Creek, he believes the community is stronger.

“There is a participation now that we never saw before and that's a good thing,” Scaffidi explained.

In his new book, “Six Minutes in August,” Scaffidi tells a story of tragedy, healing and community. A portion of the proceeds go to the non-profit organization Oak Creek Cares.

"We're going to try to fund programs that reduce violence. That doesn't just mean Oak Creek. It is the greater Milwaukee area and beyond that. If someone has an idea or program that works we're going to fund that program to make a difference,” Scaffidi said.