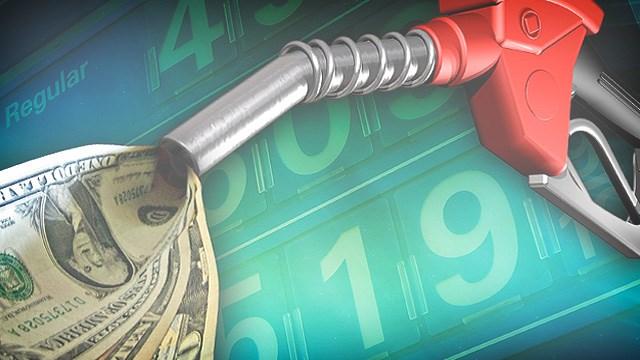 An Oak Creek woman is warning people in the area to be careful, after she was temporarily charged $150 on a $30 gas purchase.

She did not want to be identified, but tells CBS-58 that at first, she thought her bank account had been hacked.

In reality, her money had been placed on hold, after a $30 gas purchase at the Pilot convenience store off Ryan Road.

"When consumers use a debit card, and the final purchase is unknown, oftentimes there is a hold put on their card to pay for the maximum amount of that transaction," says National Association of Convenience Store's Spokesperson Jeff Lenard. "That happens at the gas pump, where you don't know if the transaction will be 30 gallons, 50 gallons, or 3 gallons. There's a hold placed on there to pay for the biggest fill up possible."

Lenard says it's a way for gas stations and big banks to protect themselves from gas drive-offs. Fees can vary from $25 to $150 or more, depending on the gas station's location.

At this particular Pilot gas stations, clear warnings are posted on some pumps, but not on others. Some say "Credit Pay-at-Pump transactions may be subject to a "hold" of up to $150. To avoid this, use debit pin or prepay."

Pilot is facing numerous lawsuits from people in other states, claiming the holding fees are excessive. Some claim they've had bank accounts frozen, or incurred overdraft fees, after they were "charged" over $100 with limited funds in their account.

So what can you do to protect yourself?

Lenard says the holding fees are only typically charged on credit card purchases, or debit card purchases where a pin isn't entered. Most gas stations require you you to enter one of two things; your pin, or your card's zip code. It's the zip-code pumps you need to be careful with.

"You're typically clear if you swipe inside the bank, or use cash," says Lenard.

By paying inside the store, or with a pin debit-card, the transaction can be processed immediately, eliminating the bank's risk of an unpaid transaction.

Lenard says holds can last from a few hours, to a few days, but instead of blaming the gas station, blame the big banks.

"Convenience stores are faced with this duel-edged sword, because they don't want to alienate the customer, but at the same time they want to adhere to the rules so they get paid for the transaction," he says. "When consumers get locked out of their money, it's no better for the retailers than the customers."

Lenard says at no point does the gas station gain possession of the "holding fee". He says that money is held by your bank.

It remains unclear what is actually happening with your money while it's being "held" by the banks.