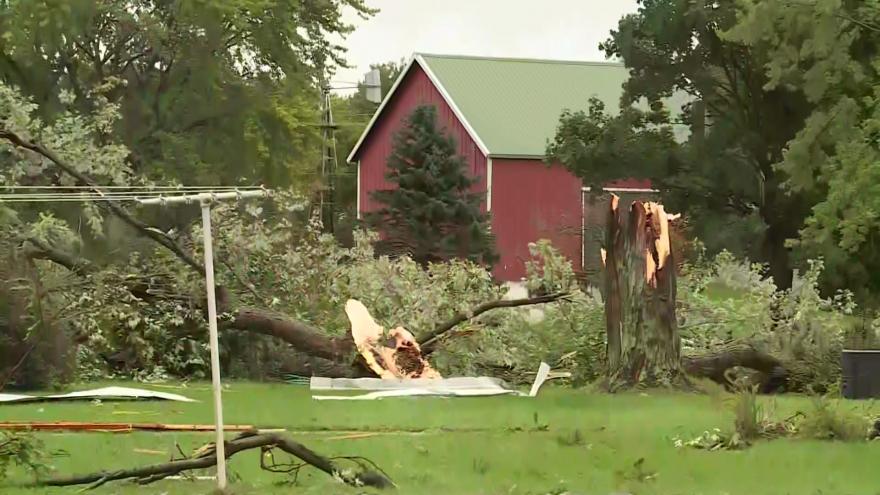 The NWS says an EF-0 tornado touched down just west of Fort Atkinson near Highway A between Advent Road and Klement Road. Peak winds during the tornado were 80 miles per hour. The track was to the southeast, ending in southeastern Fort Atkinson near the intersection of Hackbarth Road and Bramble Bush Lane.

The NWS also confirmed an EF-1 tornado touched down three miles WSW of Sullivan, snapping or uprooting trees and causing damage to nearby structures.

The NWS says numerous trees snapped or uprooted during the storms, with roof damage to several structures.

@NWSMKX confirming an EF1 Tornado last night 3 miles WSW of Sullivan. First tornado across our area this year. 27th across the State.

The National Weather Service reports the starting point of the tornado was near the intersection of Rome and Froelich Roads, with an end point near Highway 83 between Highways E and D.