"Not Again"; Thieves try to hit Sunrise Foods for Fourth Time in less than a Month 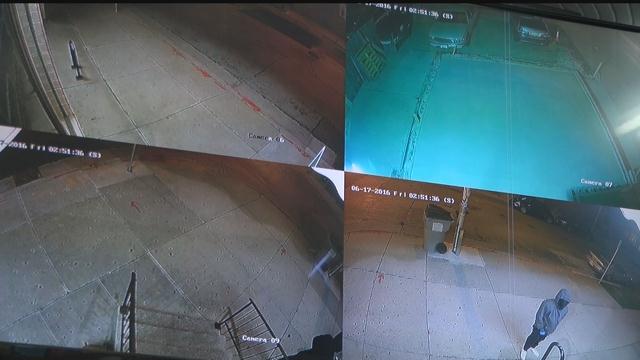 For the fourth time in less than a month, a pair of thieves attempted to break into Sunrise Foods in Riverwest.

Surveillance video from Friday morning shows two individuals approaching the store just before 3:00AM, smashing the glass and trying to get inside.

Neighbor Todd Erickson heard the entire thing happen, and ran outside as he called police.

"I heard three smashes, and then I heard the siren going off at the store," he says. "I said oh no, not again. We thought the problems were over with!"

Unlike the previous three burglaries, the thieves were not able to gain access to the store, which recently installed a new alarm system and metal gates.

"They should be in jail soon, these people should not be on the street," says store manager Abd Atari. "It's the same guys."

Atari thanked police for a quick response. Video shows officers on scene less than six minutes after the initial call came in.

On June 5th, neighbors expressed frustration to CBS58 after they say it took police nearly 40 minutes to arrive on scene.

In the previous three incidents, a pair of suspects stole cash and cigarettes.

Milwaukee Police are still working to determine if these suspects are the same as those involved in the previous break-ins. The department says an arrest warrant has been issued in relation to the previous burglaries.

"It's a shame it's happening," says Erickson. "But let them know that the neighbors are out in force, and we're not putting up with this anymore."

"They're not customers, they're more family to us," he says. "They have our back all the time."