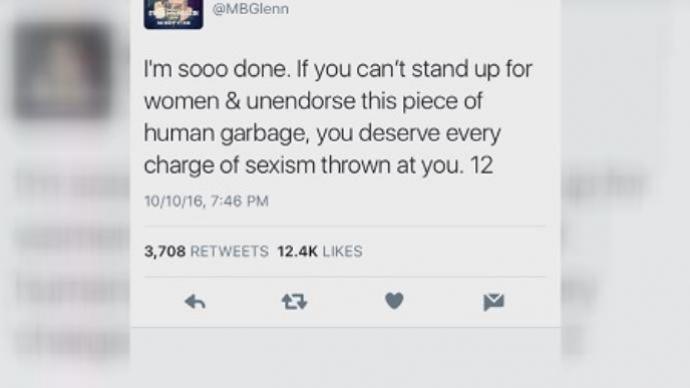 (WSAW) -- Marybeth Glenn, a northcentral Wisconsin resident, started tweeting about Republican Presidential candidate Donald Trump during the primary campaign season. Glenn vented about him all year, but now, her tweets are being followed by celebrities, major media outlets and more.

The most recent Twitter venting was in response to Trump's recent comments about women from a video that was leaked from 2005.

Many news outlets reported about how Trump bragged about kissing, groping and trying to have sex with women. This was during a 2005 conversation caught on a hot microphone.

These comments sparked Glenn to tweet out her frustration with the candidate.

She also said she was frustrated with the way the party supported him after, and how republicans reacted to the comments.

She said she interviewed with Chris Hayes from MSNBC, CNN Newsroom, MPR, ELLE Magazine and BuzzFeed.

She said celebrities like Sophia Bush, Mark Ruffalo and Debra Messing retweeted her.

"I have no idea (why the tweets caught on). It's funny, I was just talking with someone in the car about this. I didn't say anything incredible. It's just so obvious. It's wrong and supporting him is wrong in my opinion," Glenn said.