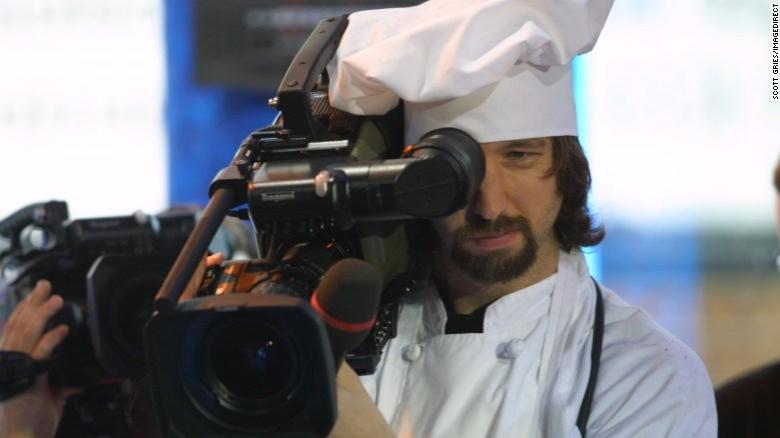 (CNN) A man pulled over in a routine traffic stop found himself behind bars over a long-overdue copy of the Tom Green comedy "Freddy Got Fingered."

The North Carolina man, James Meyers, was pulled over for a broken brake light. When the Concord, NC officers ran a check on his driver's license it showed an outstanding warrant for a movie he had rented and failed to return -- in 2002.

"The guy brings me to the back of the car and he goes: 'Sir, I don't know how to tell you this, but there's a warrant out for your arrest from 2002. Apparently you rented a movie, 'Freddy Got Fingered,' and you never returned it,'" he recounted the officers telling him in a video posted to YouTube.

"That's what my local law enforcement officers are up to," he says in the video. "They're not out here catching heroin dealers."

He was handcuffed before being taken into the magistrate's office, according to a local media report.

When stopped, he was on his way to drop off his daughter at school, he says. The officers, who Meyers described as courteous, allowed him to complete the school run before turning himself in.

The Rowan County warrant remains open, according to the report, and Meyers is liable for a fine. He's due in court on April 27 to answer the charge of failure to return hired property, a misdemeanor.

The film in question, "Freddy Got Fingered," starring comedian Tom Green and actor Rip Torn, was a relatively new release at the time. The video shop, J&J Video in Salisbury, North Carolina, has since closed.

Green himself has developed an interest in the case, tweeting on Thursday, "I just saw this and am struggling to believe it is real."

He has since referenced the case -- and the movie -- in a number of tweets.

The Canadian comedian, interviewed on an Australian TV show, talked about the incident, adding that he'd contacted Meyers and they'd "had a good laugh about it."

"It's a completely bizarre story... it's an example of how bureaucracy can get out of control."