None hurt, one arrested after truck rollover on I-43 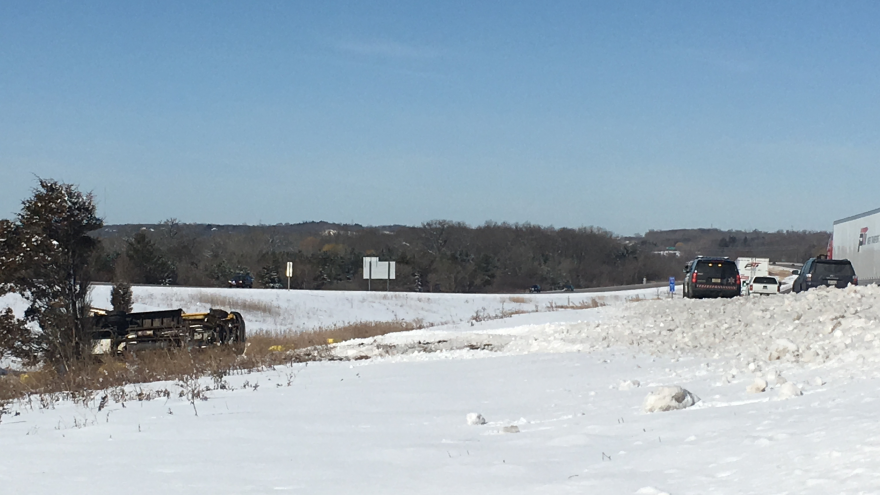 WAUKESHA COUNTY, Wis. (CBS 58) -- Officials have not yet said what caused a rollover crash in Waukesha County this morning.

A little before 9 a.m. a truck rolled off the southbound lanes of I-43 near Calhoun Road.

No one was hurt in the crash.

A CBS 58 crew on scene saw someone being placed in handcuffs at the scene. Officials say that person had a warrant out for their arrest.