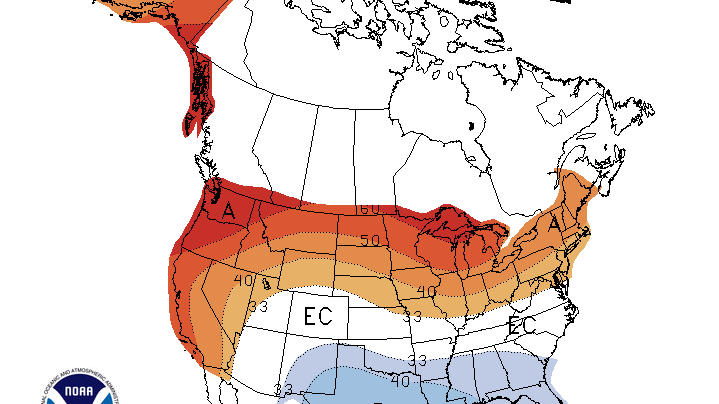 You've all heard it by now, a strong El Nino is in place and will likely have huge impacts on our winter season across the United States. NOAA has put out the winter forecast for the nation and it shows the potential for a warmer and drier than normal winter season, here in Wisconsin.

As a quick refresher, El Nino is the warming of surface waters in the equatorial Pacific. While this is a normal cycle that happens every several years, it does have an effect on large scale weather patterns. In winter, the polar jet stream comes down our way delivering blasts of cold air, and also serves as a storm track driving storms along its path.  During El Nino years, that track can shift farther north, leaving us in a more favorable area for milder temps. In addition, the The Pacific jet stream brings added moisture across the southern United States. This set up also should bring beneficial rains to the West Coast.

What about closer to home?  According to the National Weather Service, a study done by the Midwest Regional Climate Center revealed that southern Wisconsin's winter temperatures were above normal during three of the six strong El Ninos, and near normal or above normal for all six strong El Ninos. The strongest El Ninos were in 1997-98 and 1982-83, while there were other strong El Ninos in 1957-58, 1965-66, 1972-73, and 2009-10. In regards to precipitation, winter snowfall in southern Wisconsin was near or below average during 5 of 6 strong El Ninos. For perspective, our area receives about 35" of snowfall during the December through February time frame.

Check out the visuals on the temperature and precipitation trend expected for the upcoming season.

Stay tuned to further updates as the cold season unfolds. For more information on El Nino, follow this link: https://www.climate.gov/news-features/department/enso-blog