No, this is not a Pope Selfie 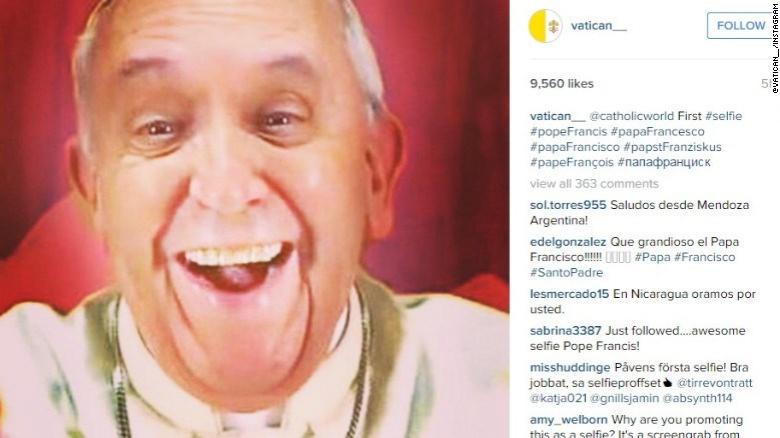 It wasn't his first selfie -- or even a selfie at all.

The picture came from a screen grab of a video chat he hosted in September 2014.

The image of the overjoyed Pontiff, posted on Instagram by unofficial Vatican account, appeared with the caption "First #selfie." The photo received more than 9,000 likes in a matter of hours on Monday.

Let's give the Pope some credit -- he's posted many selfies before. He posed for his first selfie with Italian pilgrims at St. Peter's Basilica in August 2013.

We'll be waiting for the next papal portrait, but this time, on the official Vatican Instagram account.