No Snow This April, But It's Certainly Not Uncommon! 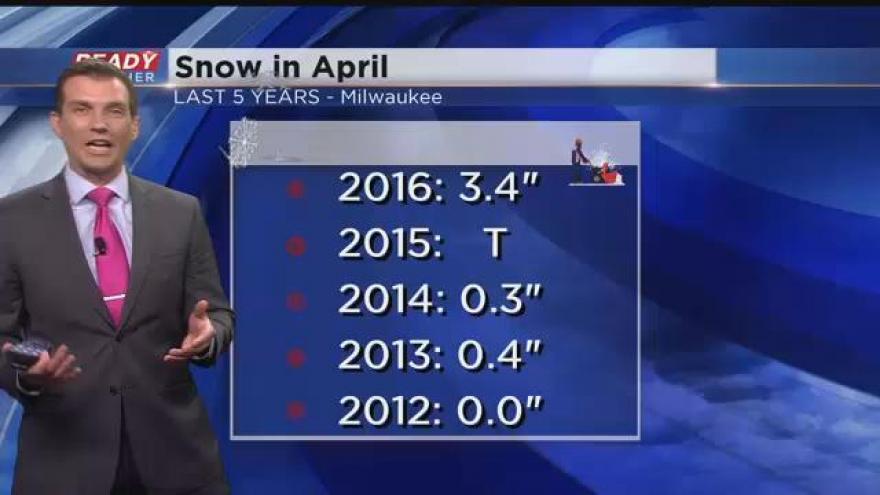 The theme this April has been above average temperatures and precipitation.  But that precipitation has NOT been snow.  You’re probably asking, are we expecting snow soon? The simple answer is no.  However, it’s not unheard of to see or experience a little bit of snowfall in April.  In fact, last April, we encountered almost 3.5” of fresh snowfall.  Three out of the last five April months have recorded measurable snow, with the most falling last April.

On the other hand, we shouldn’t be incredibly shocked snow has not fallen yet this month.  It has been a very slow season for snow this year.  37.6” of snow has fallen this season; the average is 46.7” up to this point.  That’s a departure of 9.1”.  If it wasn’t for the March 13th event of 8.7” of snowfall, our deficit would be much greater this year.

What scenario helps bring in snow during the month of April to SE Wisconsin?   Let’s dive a little bit deeper.  There’s a direct correlation between measurable snowfall and monthly average temperatures below average.  Three April months the last five years were below average, and those were the years we picked up measurable snow.  2012 and this year both have above average temperatures, and this trend is continuing, NO snow.