No shortage of heat so far this summer

NOW: No shortage of heat so far this summer

It was a warm start to meteorological summer across southeast Wisconsin as we spent most of June in the 70s and 80s. This was quite the contrast from cool June we had in 2019. June 2020 was 5.8° warmer than last June and was Milwaukee's 10th warmest June on record. 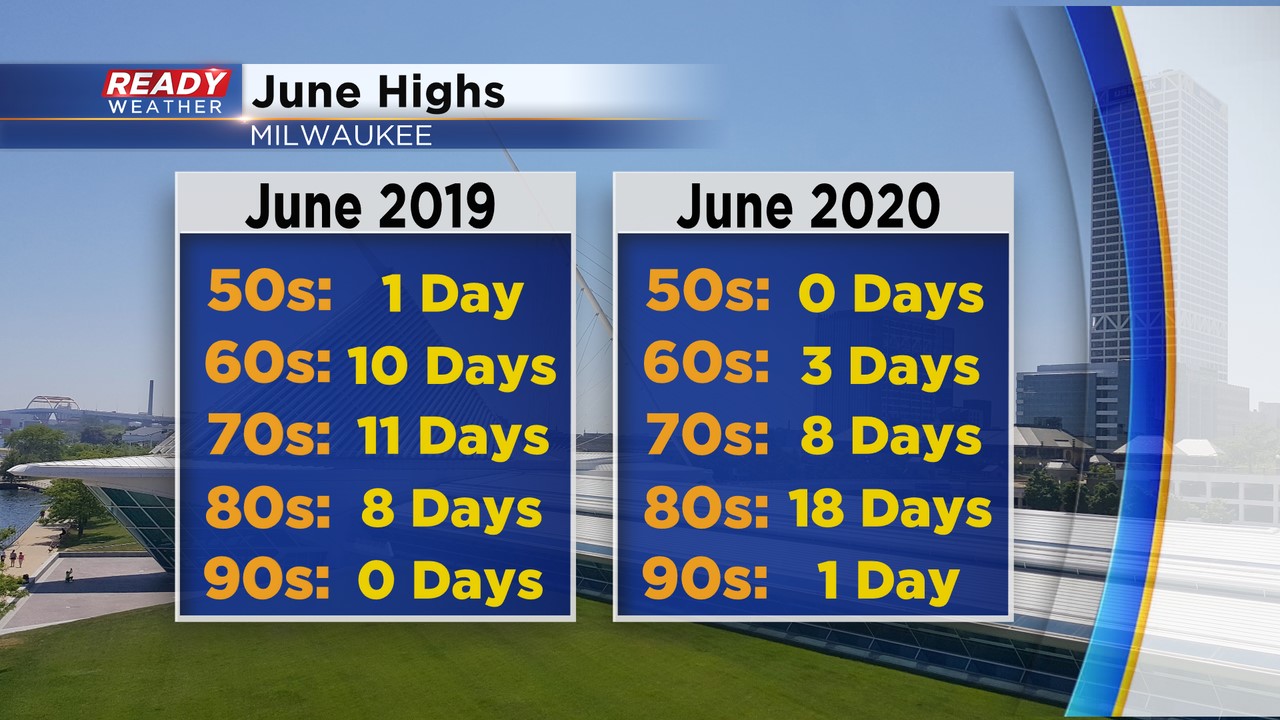 Now that we've closed the book on June, we've reached the halfway point of the year! The first half of 2020 was Milwaukee's 11th warmest on record, with 22 days in the 80s or warmer (as of June 30th). 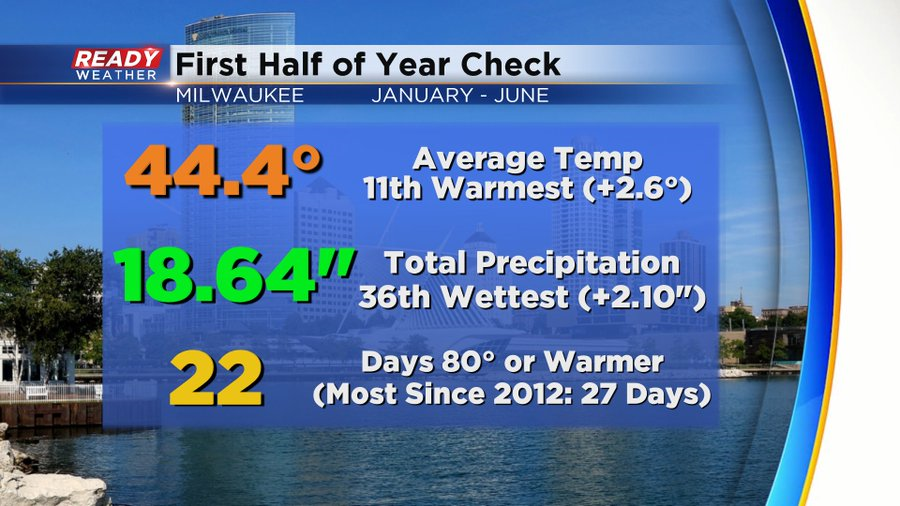 Milwaukee has only reached 90° once so far this year, but July and August are typically our warmest months, with July being the month most common for extreme heat. Milwaukee has reached 100 degrees 32 times over the last 150 years, and 17 of those 100° days have occurred in July. The hottest temperature ever recorded in Milwaukee of 105° also occurred in July. 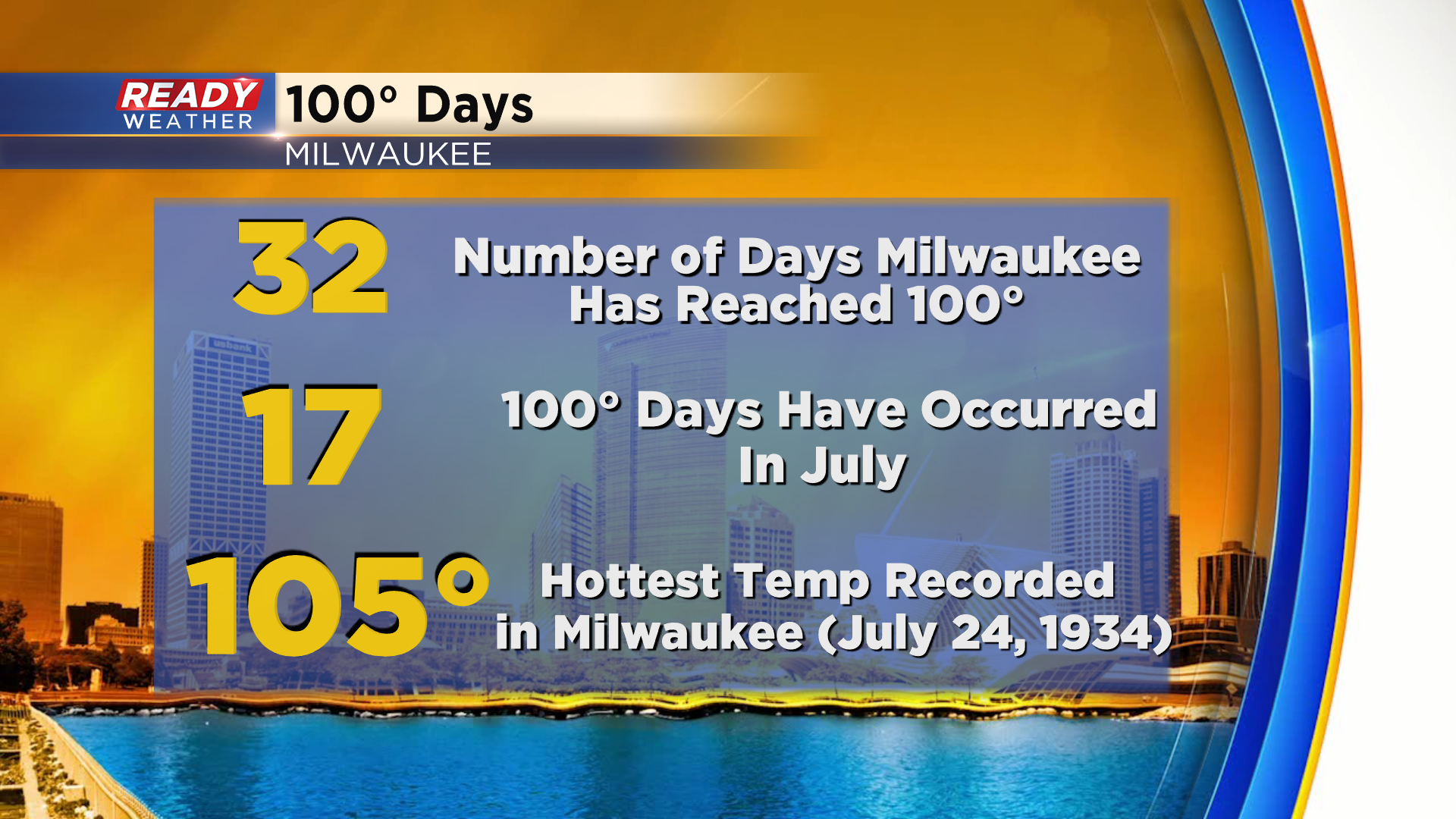 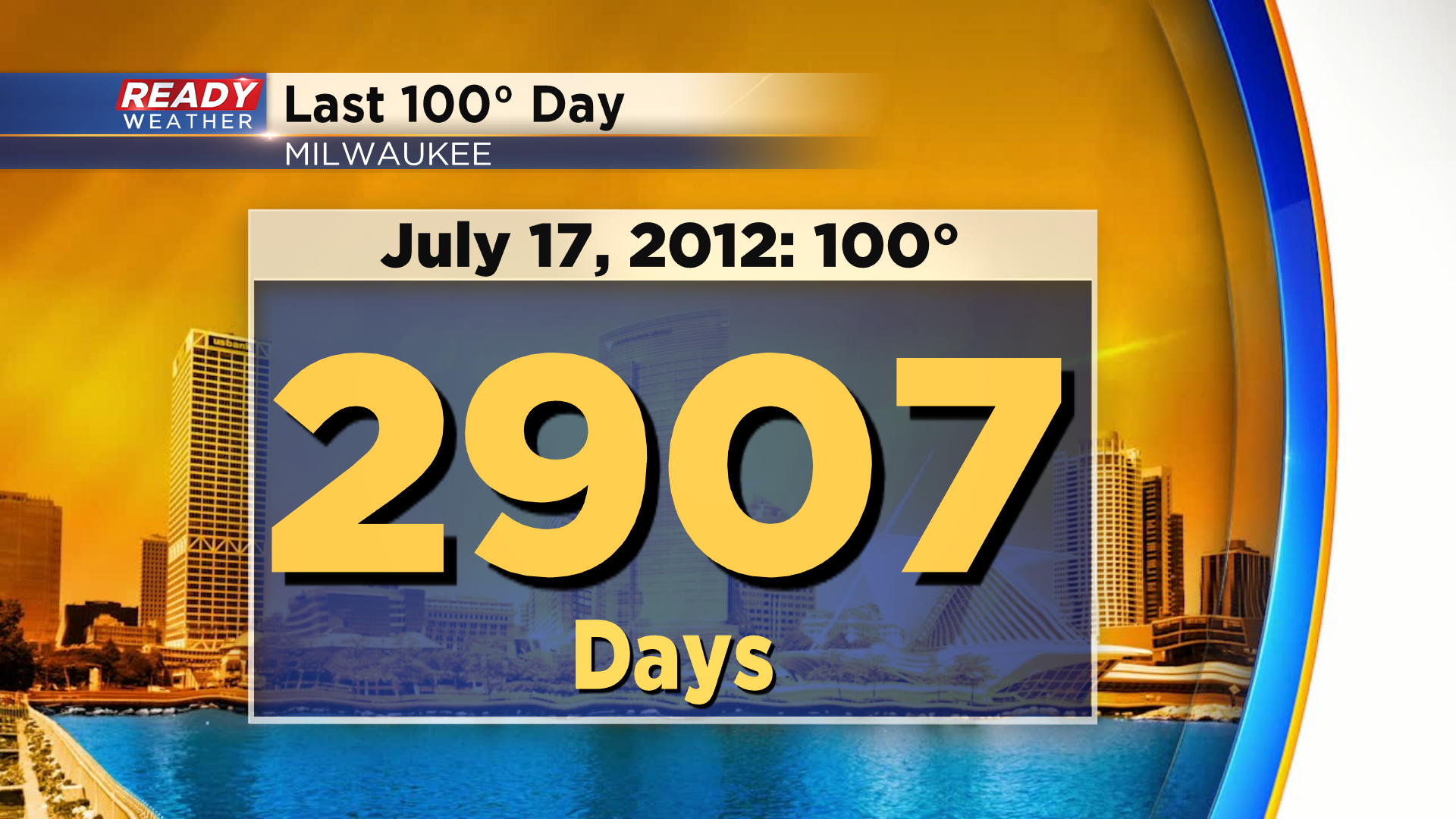 Milwaukee reached 100° three times during July 2012. That year the 4th of July holiday was a scorcher with highs reaching 102° on the 4th and 103° on the 5th! It was Milwaukee's hottest 4th of July on record. 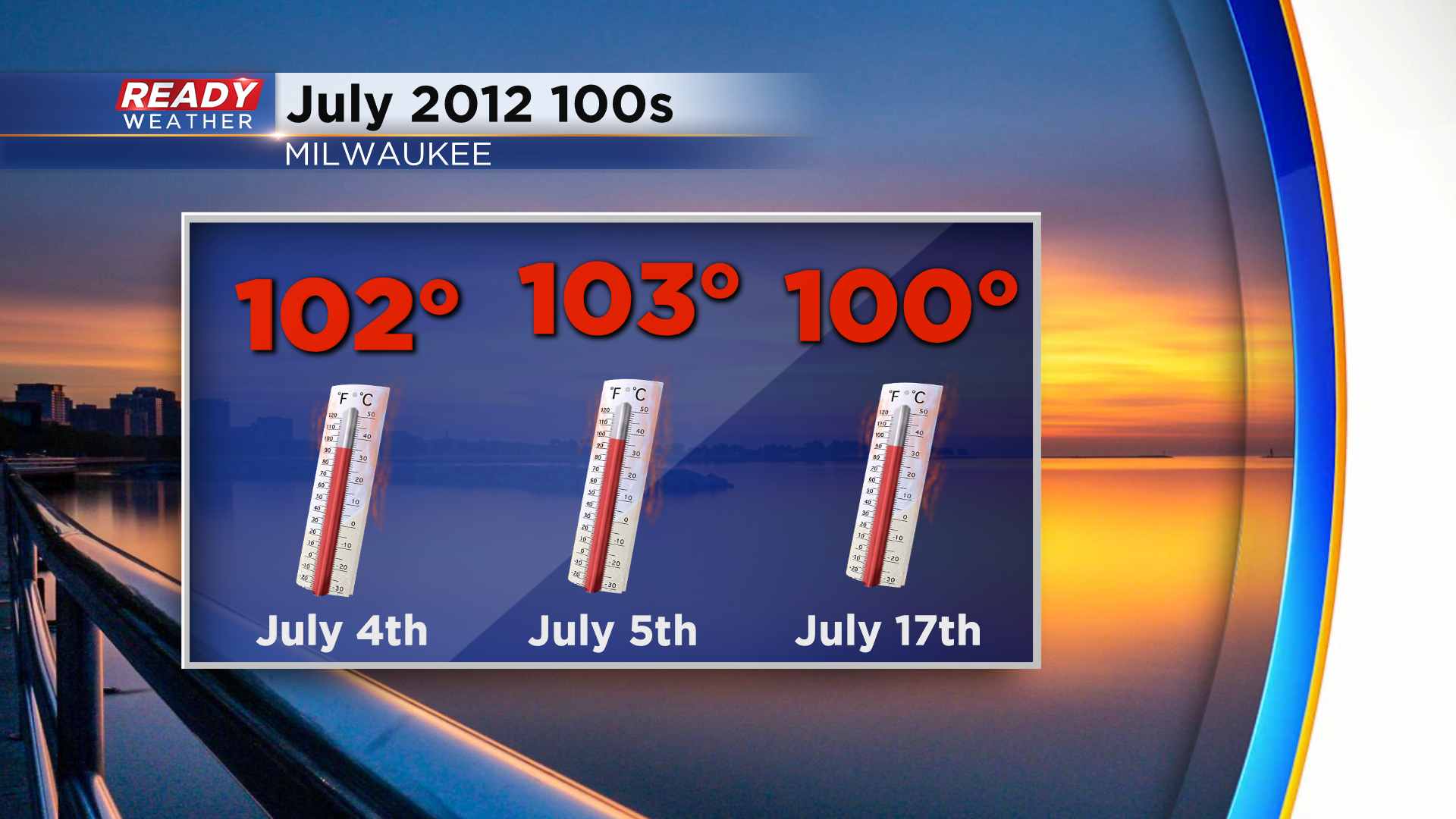 Thankfully we won't have to deal with any 100 degree weather this holiday weekend, but it's still going to be rather hot and humid with highs in the upper 80s to low 90s. Factor in the humidity, and it'll feel like the low to mid 90s in most of southeast Wisconsin. 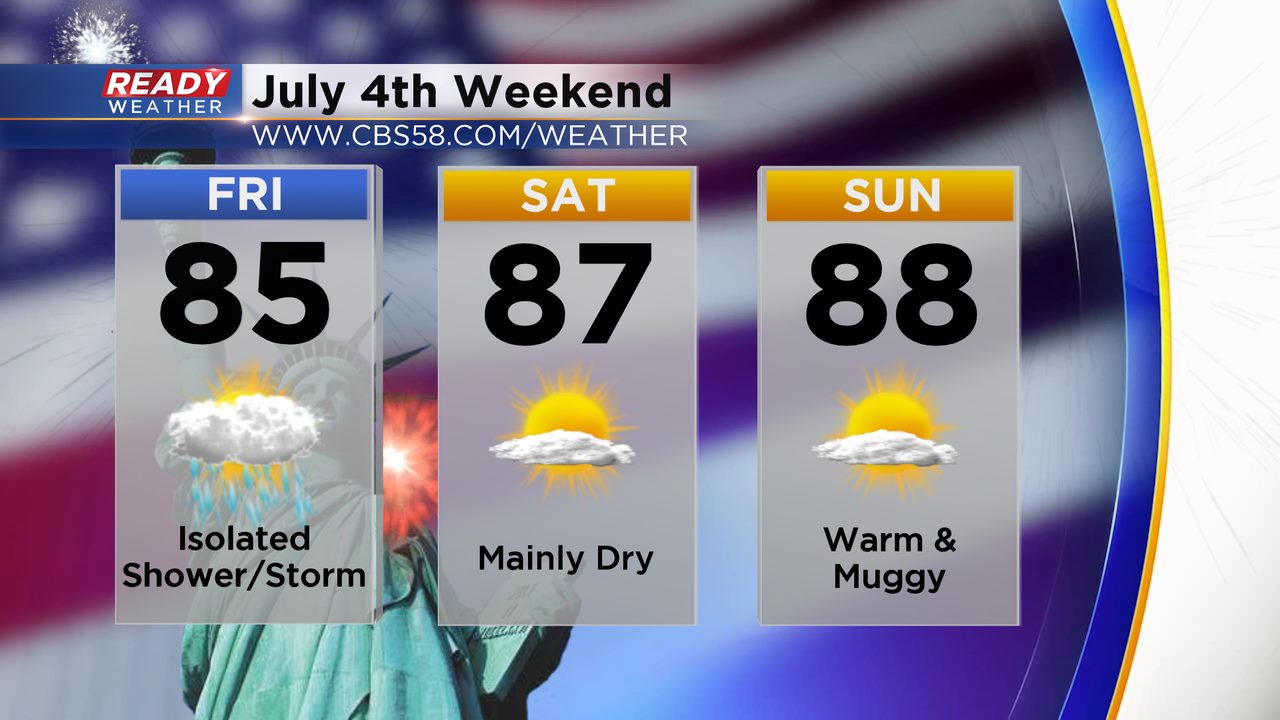 With the heat and humidity, we can't rule out a couple of isolated storms popping up Friday afternoon, but the weekend will be mainly dry with mostly clear skies expected for any fireworks planned for Saturday evening. Download the CBS 58 Ready Weather App to track any pop up storms this holiday weekend.