No injuries reported after mansion fire in Ripon 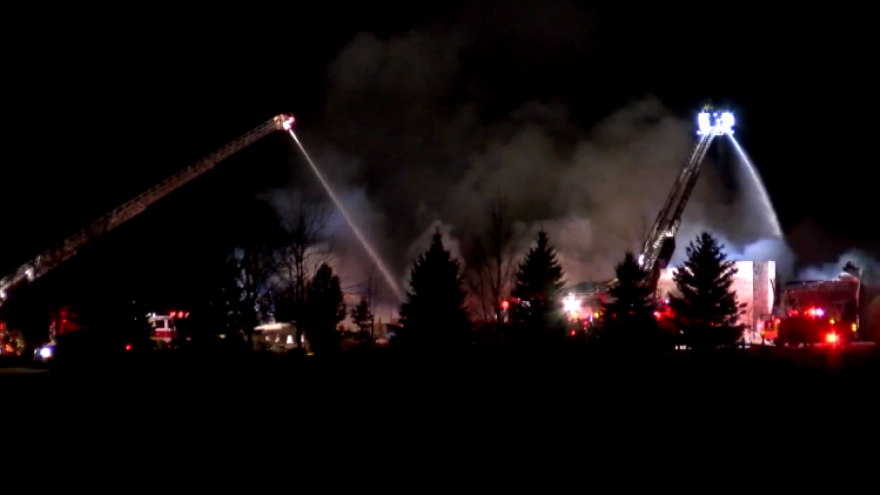 RIPON, Wis. (CBS 58) -- Fire crews from dozens of different departments were on the scene of a large fire in the city of Ripon.

The Fire Chief says there were challenges in containing the fire including the size of the home, ammunition stored inside, and propane tanks around the home. Crews had to stay through the night just to clear the scene.

"Because of the structual collapse, the fires are in areas that are hard to get so we're going to be out here a long time. It's going to burn for a long time, if not, all night. And we have 20 plus fire departments here with over 100 firefighters," said Chief Tim Saul with the Ripon Fire Department.

Officials have reported no injuries from the fire.