No indictment in Michael Brown shooting 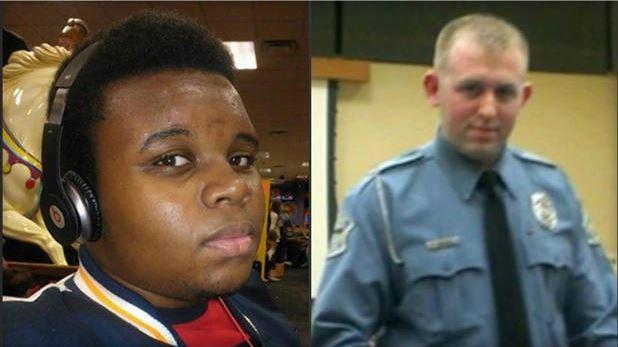 When will it stop?

A grand jury decision not to indict Ferguson police Officer Darren Wilson in the shooting death of 18-year-old Michael Brown is over and done with. But anger over that decision is not, nor is the prospect of more arson, more looting, or more violence -- actions that have already rattled the eastern Missouri city.

Activists are set to rally Tuesday in more than 115 cities in the United States, speaking out in support of Brown's family and accusations about police violence and racial injustice -- rooted in the fact that Brown was black and Wilson is white. And their calls will likely be loudest in and around Ferguson, a city unknown to many worldwide more than three months ago, but which is now ground zero in this debate.

\"We are on the side of Michael Brown to fight for what is right,\" the Rev. Al Sharpton said Tuesday in front of Brown's family. \".... \"We may have lost round one, but the fight is not over.\"

While slamming the office of St. Louis County Prosecuting Attorney Robert McCulloch -- with Brown family lawyer Anthony Gray calling the failure to indict Wilson a \"direct reflection of those who presented the evidence\" -- the Brown camp is also calling for actions such as legislature mandating all police officers wear video cameras.

The continued protests are part of that plan, to pressure policymakers and give a voice to African-Americans such as CNN iReporter Teresa Clay, who feels the U.S. justice system works against them, not for them.

Government officials have publicly insisted that they respect citizens' right to protest. In fact, the vast majority of those who have hit the streets in the weeks after Brown's death have done so peacefully.

But what they worry about is a repeat of what happened Monday night into Tuesday in Ferguson -- when the wave of anger devolved into chaos.

It started shortly before 8:30 p.m. (9:30 p.m. CT), with a simple decision: Wilson, the Ferguson police officer, would not be charged in Brown's death.

What followed were marches, chants, then violence.

Flames engulfed a row of businesses along West Florissant Avenue, a major thoroughfare in Ferguson, and a row of vehicles at a nearby dealership. Shattered glass covered asphalt outside locally-owned stores, after looters broke in and cleared off shelves. Shell casings lay on the ground, after St. Louis County Police Chief Jon Belmar said he heard more than 100 gun shots fired by unknown people.

Authorities responded with round after round of tear gas, as well as shooting bean bags into the crowds.

Six people were treated and released between 10 p.m. Monday and 4 a.m. Tuesday at Christian Hospital in St. Louis, hospital spokesman Bret Berigan said. There were no known serious injuries.

Police in Ferguson made at least 61 arrests on charges ranging from unlawful assembly to burglary to unlawful possession of a firearm to arson.

It wasn't supposed to be this way, according to the Rev. Traci Blackmon, a pastor at nearby Florissant's Christ the King United Church of Christ. Organizers had wanted to get their message out, but they did not want violence.

\"I hurt for all the people in my community, and I hurt for the many young people who did everything they could ... to make sure that last night was not violent and make sure their voices were heard,\" Blackmon said. \"And unfortunately, the pain and the rage of a few have made a different narrative.\"

Did the grand jury get it right?

The strip malls had emptied out by midday Tuesday, and even the police department was calm.

But no one was under the belief that the tensions, or the threats of more unrest, were gone.

\"People here have a real grudge against the police,\" said one protester, Demetric Whitlock. \"It's not going away.\"

Nor is the divergent views on what exactly happened August 9, something that the release of grand jury testimony did little to resolve.

There was a lot to delve through: 70 hours of testimony from 60 witnesses and three medical examiners. Ultimately, the St. Louis County grand jury of nine white and three black members appeared to side with Wilson's view that he was defending himself against a much larger, fast-approaching aggressor.

Said McCulloch, the prosecuting attorney: \"The physical and scientific evidence examined by the grand jury, combined with the witness statements, supported and substantiated by that physical evidence, tells the accurate and tragic story of what happened.\"

Yet Gray, one of the Brown family's attorneys, said that if McCulloch's office \"would have presented evidence to indict, then there would have been an indictment.\"

\"A first-year law student would have done a better job\" cross-examining Wilson than McCulloch did, said another family attorney, Benjamin Crump.

Piaget Crenshaw also thinks the grand jury got it wrong. One of those who saw Brown get shot and who testified to the grand jury, she doesn't understand how the teen could have been a deadly threat given that he was unarmed, while Wilson clearly was not.

\"His hands were still visible in a manner (in which you could) tell he was unarmed,\" Crenshaw told CNN on Tuesday, saying that witnesses' discrepancies about the exact location of his hands were irrelevant. \"(He) should not have been shot.\"

Video from the New York Times recorded after the news came down about the grand jury decision showed a tearful Lesley McSpadden, Brown's mother, speaking briefly to supporters before being overcome by emotion. Her husband -- Brown's stepfather, Louis Head -- consoles her, and then turns and revs up the crowd, saying \"Burn this mother f---er down.\"

The message was in contrast to a statement by McSpadden and the late teen's biological father Michael Brown Sr., asking their supporters to \"channel your frustration in ways that will make a positive change.\"

Meanwhile, the lack of an indictment in itself has already spurred \"a sigh of relief across the entire law enforcement community,\" said a woman who helped run a website supporting Wilson.

\"Because they're all fighting in the aftermath of this now,\" said the woman, who wore sunglasses and a baseball cap to hide her identity, and asked not to be named. \"And it could have been any one of them.\"

Wilson's representatives issued a statement, in which he thanked his own supporters.

Yet this ordeal isn't over for him. There's always the prospect of a civil wrongful death lawsuit against him. And the U.S. Justice Department is conducting two civil rights investigations in the case: one into whether Wilson violated Brown's civil rights, and another into the police department's overall track record with minorities.

The investigations will likely require lots of time, if similar past cases are any indication.

Meanwhile, residents in Ferguson are bracing for more unrest and the possibility that their community -- including its quaint, recently revitalized downtown -- may never be the same again.

\"They're not going to rebuild,\" said one resident. \"It's just going to be a ghost town pretty soon.\"