No decision yet in Slender Man hearing 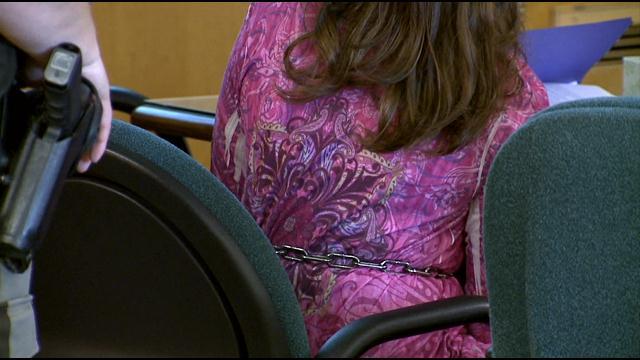 The Slender Man hearing for Anissa Weier finished up on Wednesday. A judge did not make a decision on whether or not Weier's case will be moved out of adult court. He said he would wait until after Morgan Geyeser's hearing.

Psychologists took the stand Wednesday to talk about whether or not Anissa Weier should be tried in adult court. They say she will not get the treatment she needs if this case stays there.

\"Where should she be? Obviously that is the ultimate question,\" said psychologist Dr. Michael Caldwell.

Defense psychologists tried to convince a judge that Anissa Weier's case should be moved to juvenile court.

\"I think that what she would get if she was sentenced to juvenile is appropriate and can meet her treatment needs,\" said Dr. Antoinette Kauanaugh.

The morning started with Caldwell showing the judge a child's brain at 9 years old then again at 14.

\"She would have been closer to about age 9 if her brain development was consistent with all her other physical development,\" said Caldwell.

Anissa was 12 at the time of the stabbing.

Doctors said Anissa was affected by her peers and wanted to be accepted.

\"In this particular case Anissa would have been particularly susceptible to the influence of peers,\" said Caldwell.

\"One of the things the victim talked about is that Anissa would treat her poorly when Morgan was around and then would apologize when Morgan wasn't. Its as if Anissa was trying to impress Morgan,\" said Kauanaugh.

Psychologists said Anissa suffered from a delusional disorder at the time of the stabbing.

\"Unless you talk to someone about their delusional then you don't know they exist,\" said Kauanaugh.

\"She's just at a remarkably low risk of any kind of future violence, (she's) much more likely to be a victim of violence, getting involved in an abusive relationship or something like that out of her social insecurity,\" said Caldwell.