No Columbus Day in Columbus, Ohio: What the city is doing instead 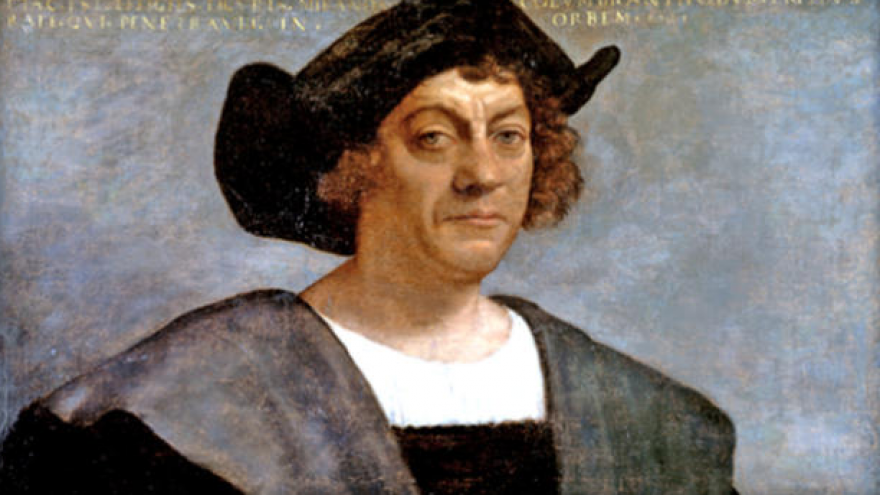 COLUMBUS, Ohio — The largest city named for Christopher Columbus has called off its observance of the divisive holiday that honors the explorer, making a savvy move to tie the switch to a politically safe demographic: veterans. Ohio's capital city, population 860,000, will be open for business Monday after observing Columbus Day probably "for as long as it had been in existence," said Robin Davis, a spokeswoman for Democratic Mayor Andrew Ginther.

City offices will close instead on Veterans Day, which falls on Nov. 12 this year.

Native Americans and allied groups have long used Columbus Day to elevate issues of concern to them. That includes a peaceful protest of prayers, speeches and traditional singing in 2016 at Columbus City Hall — underneath the statue of the explorer that sits out front — to protest the Dakota Access Pipeline and to urge Ohio to support more renewable energy.

The decision to stop observing the holiday was not triggered by the national movement to abolish Columbus Day in favor of Indigenous Peoples Day as a way of recognizing victims of colonialism, Davis said.

"We have a number of veterans who work for the city, and there are so many here in Columbus," Davis said. "We thought it was important to honor them with that day off."

And, she said, the city doesn't have the budget to give its 8,500 employees both days off, she said.

Columbus made its announcement Thursday in a two-paragraph news release focused on the impact on trash pickup and parking enforcement schedules. In that way, it avoided much of the consternation that has taken place elsewhere around the holiday.

A similar effort twice failed in Cincinnati before a vote Wednesday finally recognized Columbus Day as the renamed Indigenous Peoples Day. It became the second Ohio city to do so, after the liberal college town of Oberlin in 2017. Cleveland, which has a large Italian-American population, continues to host a major Columbus Day parade.

Organizers of the 39-year-old Columbus Italian Festival, traditionally held on Columbus Day weekend, were not given advance notice of the city's decision, said board member Joseph Contino.

"It's very in vogue politically right now to do that. It's not PC for me to say anything against indigenous peoples," he said. "You can kick Christians, you can kick Catholics. That's the message that it sends to us and that's what it feels like; we're Europeans and we lop Indians' heads off. Which is just not true."

Contino said he viewed the decision on the holiday as a missed opportunity.

"If you're mayor of a city and its name is Columbus, why wouldn't you capitalize on that? Use it to unite everybody," he said. "Use this day to celebrate the entire culture, celebrate Italians and indigenous both."

Tyrone Smith, director of the Native American Indian Center of Central Ohio, said the city's decision is another step in embracing its growing diversity.

"The past is the past. It may not be pretty at times, but we cannot hold what happened back then against today's society, regardless their bloodline," he said. "The fact that the city of Columbus is taking action is a victory for everyone."