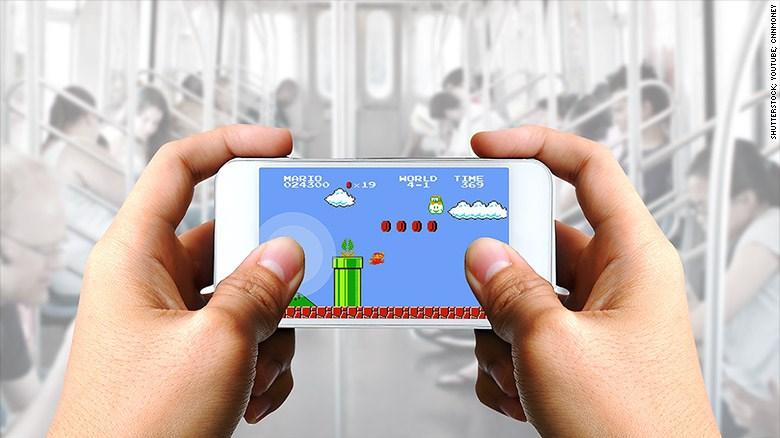 NEW YORK (CNNMoney) -- Nintendo's big move to your smartphone is happening later this year. But don't expect lots of games all at once.

On Friday, the Japanese video game company revealed its long-term plans. The first app game -- no clues if its Mario, Zelda, Star Fox -- will appear in 2015. But Nintendo only plans to make five games by early 2017.

It's justification for a slow start? Quality over quantity.

\"You may think it is a small number, but... we aim to make each title a hit,\" Nintendo said in a statement Friday.

The mobile app market is full of low-end games: simple mechanics, terrible animation, and lots of bugs. But it's still highly competitive. Rovio, the maker of Angry Birds, is struggling to badly it dumped its CEO last year. Zynga just announced layoffs at its San Francisco offices.

\"The odds of success are quite low if consumers cannot appreciate the quality of a game,\" Nintendo stated. \" If we did not aim to achieve a significant result, it would be meaningless for us to do it at all.\"

Nintendo cited another challenge: coming up with games that have a new feel for the gamer. Buttons on a Wii U game controller \"would not match the play styles\" of a smartphone touchscreen.

In March, Nintendo announced a partnership with mobile game developer DeNA. They're creating a new membership service that launches in the fall. Members can play new games on mobile devices, as well as Nintendo consoles (like the Wii U) and handheld devices (like the 3DS).

In this latest announcement, Nintendo still hasn't said how much membership will cost. And there are no details on the games themselves. The company didn't immediately respond to CNNMoney's requests for comment.