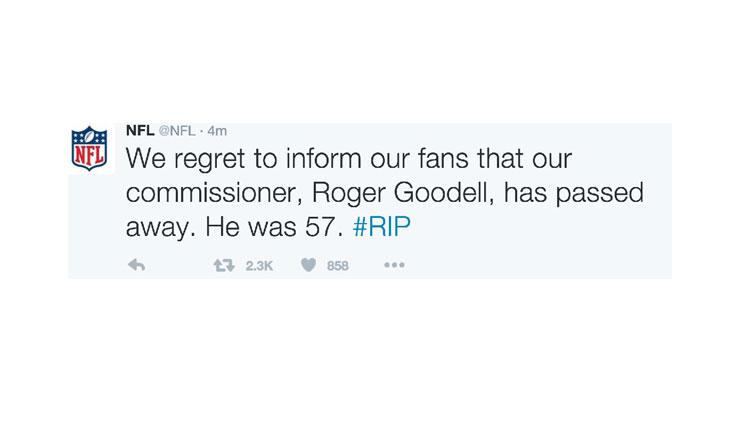 (CBS NEWS) On Tuesday, the NFL's official Twitter account was the latest in a string of high profile accounts to be hacked, when a tweet was posted announcing that commissioner Roger Goodell died.

The tweet was quickly removed from NFL's account, and the league confirmed that Goodell is alive and well.

However, the hack continued with two more tweets published in quick succession.

As word of the false announcement spread through social media, the NFL was quick to dismiss the tweets.

The NFL joins the likes of Facebook CEO Mark Zuckerberg and celebrities like rappers Drake and Tenacious D, rocker Keith Richards, and reality star Kylie Jenner, whose accounts have all been hacked in the past few days.

It is unknown if these hacks are part of a larger coordinated attack or originate from different hackers.