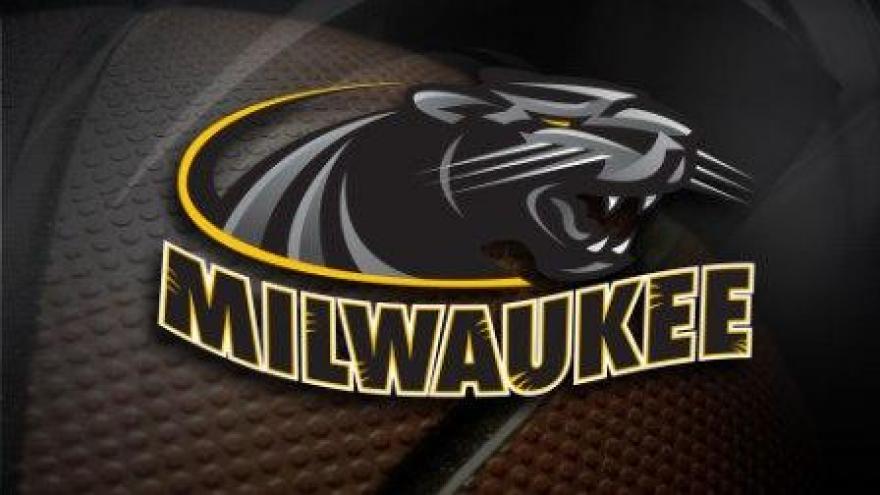 "They've given so much to the program, it's always nice giving a win back to them," head coach Kyle Rechlicz said in regard to her five seniors. "They played an excellent game today. They fought so hard and their leadership was tremendous throughout the game. This was definitely a senior-led win."

The Panthers (16-6, 13-5 Horizon League) scored 27 fourth-quarter points and shot 77.8 percent, matching the Golden Grizzlies shot-for-shot to get the victory.

Kahlaijah Dean did it all for Oakland (11-10, 11-7 Horizon League), fueling the Golden Grizzlies' comeback with 20 fourth-quarter points.

Milwaukee's double-digit lead was cut to two with 3:55 left, but Staver came through with a jumper and McKaela Schmelzer knocked down a big three-pointer to put the Panthers up seven.

Dean continued to keep it close for the Golden Grizzlies and Oakland pulled within two with 1:07 on the clock, but as they have all season, the Panthers hit important free throws down the stretch to hold off the comeback.

The Panthers finished 18-for-26 from the free throw line in the victory.

Early on, it was the defense the helped the Panthers get the early edge. Milwaukee held Oakland to just 2-for-13 shooting in the first quarter to pull ahead by six.

The Golden Grizzlies owned a 19-15 edge in the second, but the defense stepped up again in the third. Milwaukee held Oakland to 25 percent (4-for-16) and headed to the fourth with a four-point advantage.

Staver finished 2-for-5 from three-point range and 6-for-6 from the free throw line on her way to a season-high 18 points. The senior added two rebounds and three assists.

"She is such a dynamic scorer," Rechlicz commented. "She has been in the gym so much the last few weeks and has been so consistent in her preparation and I think that's really paid off. We really need her and it's awesome to see her step up like that."

Emma Wittmershaus had a big first half for Milwaukee and finished the game with 12 points on 5-for-7 shooting.

Brandi Bisping also joined in double figures as she totaled 11 to go with eight rebounds.

The Panthers will hit the road one final time this regular season as they head to UIC for a two-game series beginning on Friday, February 19. Live coverage links for the 2:00 pm tipoff can be found on MKEPanthers.com.