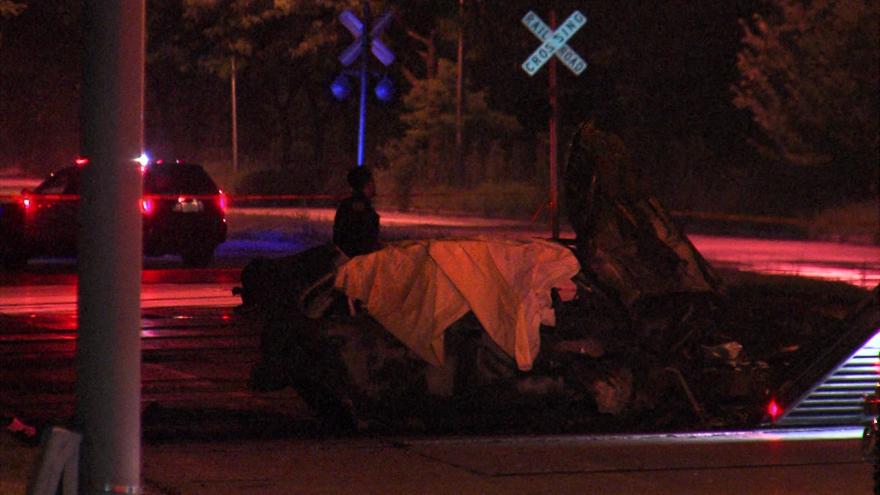 According to police, a vehicle was traveling at a high rate of speed and lost control as it went over railroad tracks. The vehicle hit several trees and a light pole, resulting in the vehicle to split into two pieces and start on fire, according to officials.

The driver, a 21-year-old man, died from his injuries. A 19-year-old occupant sustained serious injuries and is in stable condition at a local hopsital.