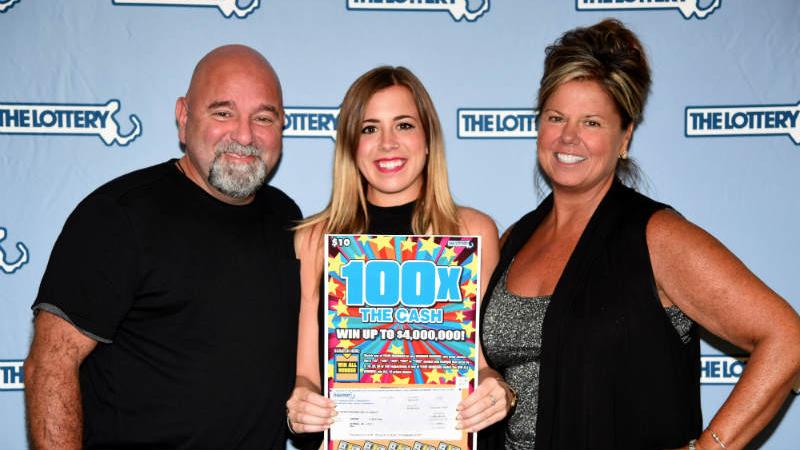 (CNN) -- On Thursday, Timothy Sullivan promised his new wife to be lawfully wedded \"for richer or for poorer.\"

On Friday, Sullivan became a couple million dollars richer to fulfill that promise.

The postal worker from Raynham, Massachusetts, won a $4 million dollar lottery prize just one day after marrying his wife Tanya. He had taken part in the \"100X The Cash\" $10 ticket game, the Massachusetts State Lottery said in a statement.

Claiming the instant prize from the lottery's Braintree headquarters on Friday, Sullivan opted to take $2.6 million -- the amount after taxes -- in a one-time cash sum.

The newlyweds plan to use the money to go on a honeymoon, pay off student loans, buy two new cars and build an \"oasis\" in their backyard, according to the lottery statement.

The store where the winner purchased the ticket will receive a $40,000 bonus, the lottery said.