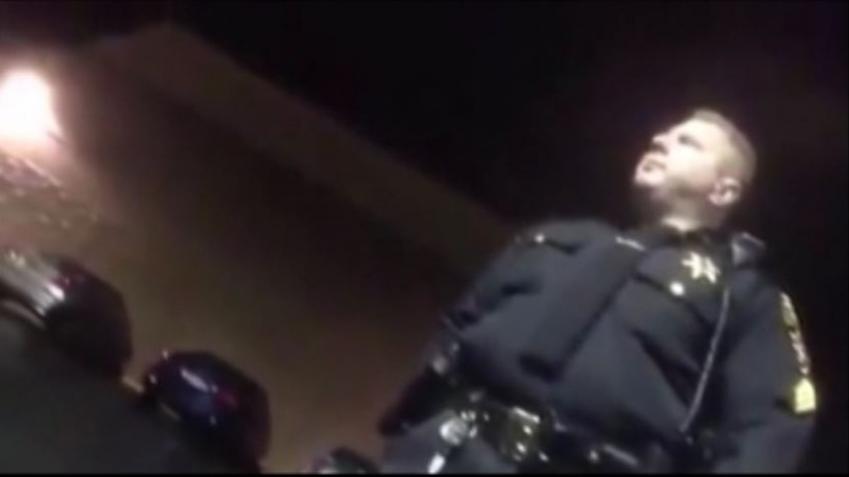 A sheriff's deputy in upstate New York was suspended after an online video showed him sparring with someone who didn't want his car searched.

The video shows the deputy cursing at the man, who repeatedly tells the officer there's no reason to search the vehicle.

\"I wasn't in my car when all this was happening,\" the man says. \"Why don't you want to search like my house or something?\"

\"Let me see your f***ing keys,\" the deputy fires back. The video shows the deputy approaching the man. \"You want to f***ing resist?\" the deputy says.

\"I'm not resisting,\" the man says. Then there's the sound of a slap.

The video, which has been viewed thousands of times on YouTube, doesn't show the source of the sound. The cameraman who says he recorded the video told CNN affiliate WTEN that the officer hit the man.

\"He gave him a good whack on the back of the head, and after that he got the keys,\" the man said. \"I just thought it was really wrong, the way he went about it.\"

The deputy also had harsh words apparently aimed at the man recording the video, telling him, \"I'll rip your f***ing head off.\"

The Saratoga County Sheriff's Department said in a statement that the video \"appeared to show an inappropriate interaction between an on-duty member of the Sheriff's Office and a civilian during a roadside interview resulting from a suspicious vehicle complaint\" early Friday in the town of Halfmoon, New York.

The deputy, whose name has not been released, has now been suspended without pay pending an investigation and possible disciplinary action, officials said.

\"The Sheriff's Office takes matters such as this very seriously and we do not in any way condone anything less than professional behavior from our members,\" the statement said. \"We wish to thank the members of the community who brought this to light and cooperated fully with the investigation.\"