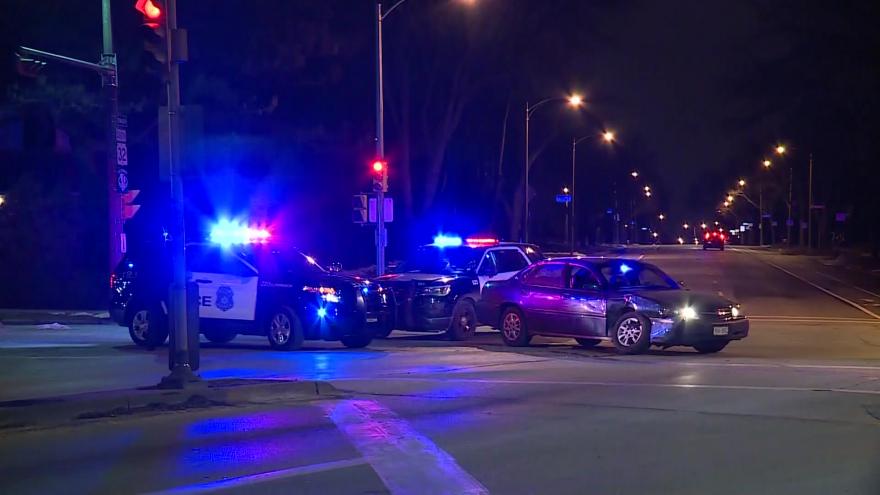 MILWAUKEE (CBS 58) -- It was a dangerous week on Milwaukee streets. Two children, a 40-year-old man, and a Milwaukee Police Officer hurt after a police chase ended in a crash Tuesday night.

Thursday morning, a 19-year-old was killed in a crash caused by a teen fleeing from police.

The new Reckless Driving and Carjacking Task Force is looking to put an end to these behaviors.

“We need to be able to protect the community,” Joy Hammond, Milwaukee Assistant District Attorney, said.

“I think they’d be a deterrent,” Hammond said. “You don’t want to go through a red light if you’re on camera.”

The group is also pushing for tougher penalties for dangerous drivers, like charging them with a felony over just giving them a fine.

“Consequences aren’t all that steep unless you hurt someone,” Hammond said.

Both of this week’s crashes were the result of a police chase leading some community members to question the police department’s policy.

“Why endanger innocent people in a chase?” Earl Ingram asked during the public comment period.

The police department argues the city was more dangerous in 2017 when they could not chase and catch the criminals.

“We had 8,500 instances of individuals who fled from the police and we could not pursue them,” Milwaukee Police Assistant Chief Michael Brunson said.

Committee members say it’s not just on their group to solve these problems, but the whole community.

“We have to be the solution with our family members with our friends,” Moore said. “If you’re in the car with someone who is driving recklessly really speaking up.”

At the meeting, the group also talked about the need for more drivers’ education opportunities in the city and reaching young people sooner to teach them about the consequences of dangerous driving and stealing cars.