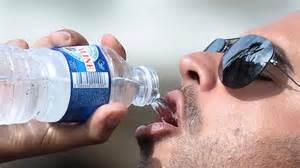 A new study shows more Americans will be exposed to dangerous heat waves in the future because of a combination of rising temperatures and rapid population growth, especially in the South and West.

In fact, the risk of extreme heat exposure could be as much as six times higher by 2070.  Meanwhile, current trends indicate rapid growth in Sun-Belt cities like Atlanta, Dallas, Tampa, and Phoenix.  One computer model predicts the average yearly exposure to extremely high temperatures would rise from several billion person-days to 15 billion person-days during the years from 2041 to 2070.   The study didn't try to estimate the number of heat-related illnesses and deaths.

Those behind the research say it's just too difficult to know how many of the people exposed will or won't have air conditioners or easy access to public health centers.