New proposal could change leadership at some MPS schools 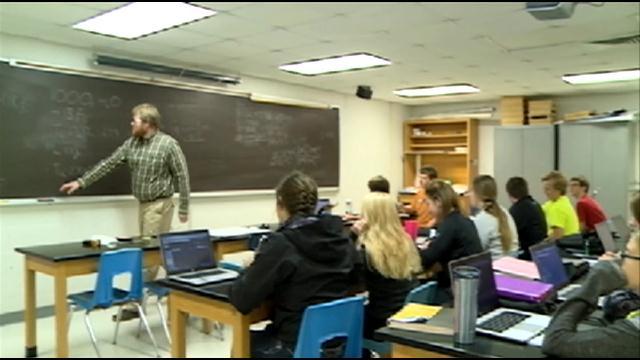 Possible changes to Milwaukee Public Schools. There's a proposal to change certain schools and possibly turn them into charter schools.

But not everyone is on board. In that proposal County executive Chris Abele would choose an educational expert , or commissioner, who would be in charge of the three most under performing schools in MPS

That person would look at each school on a case by case basis, deciding if it should be charter, choice, or remain public in hopes that it would turn the school around.

Senator Darling says when it comes to schools that have been under performing for the long haul, the rules shouldn't apply.

In the proposal written by Sen. Darling and state Representative Dale Kooyenga, the commissioner would have the same power as the MPS board, with control over staffing, budgeting, and every other capability.

\"The schools will be free from the MPS board and free from a lot of other rules and regulations under which they are operating,\" said Darling.

And will focus on wraparound services for families, partnering up those in need with state and city services available to help them.

\"We will use the state resources that we have and partner them with health issues to address health issues, safety issues, job issues, neighborhood issues,\" said Darling.

\"As you talk about wraparound services,it takes resources to do that and my colleagues aren't putting forth a real plan to implement those resources,\" said Bowen.

\"Handing these schools over to a private entity means its no longer transparent, there's no longer accountability, we don't know what kind of tests these people will be required to take,\" said Bob Peterson, MTEA president.

Something Superintendent Darienne Driver agrees, saying \"I do believe in accountability for our schools. We have a responsibility to provide a strong public education but our schools and students need the support of all of our stakeholders to be successful.\"

As for County Executive Abele, he remained neutral on his feelings but released a statement saying,\"If placed in this position, I'm committed to work hard to take this proposal and ensure that its implementation is successful. The families in Milwaukee deserve no less.\"