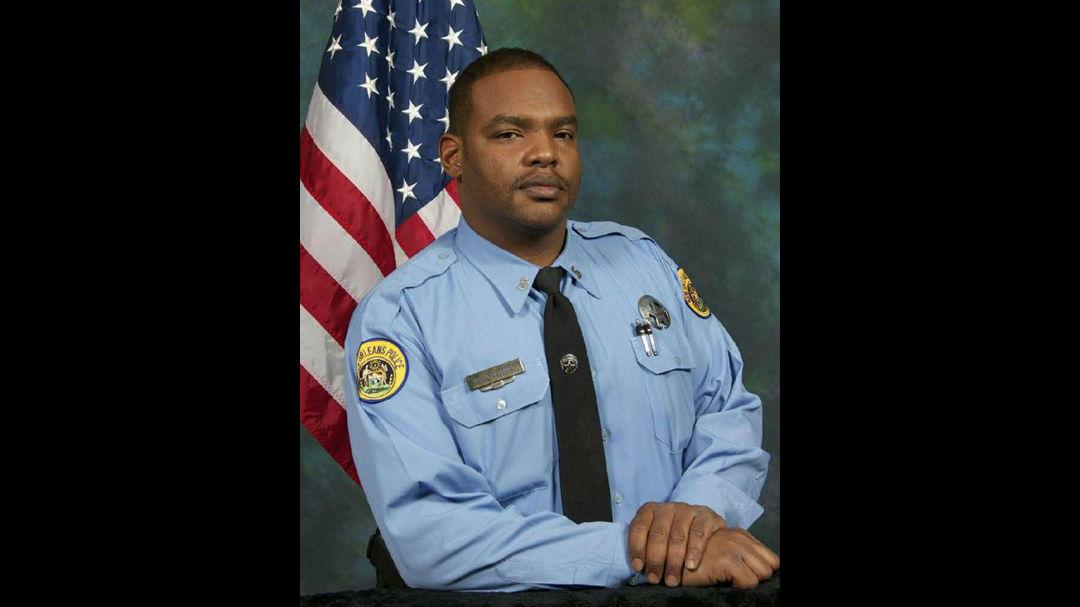 (CNN) -- A manhunt is underway in New Orleans after a suspect being transported to prison allegedly shot and killed the police officer who was driving him, officials said.

The prisoner was allegedly able to free himself from handcuffs, grab a weapon, and shoot Holloway as he drove, the New Orleans Fraternal Order of Police said, citing the police superintendent.

The initial investigation indicates that after Boys shot Holloway, the police vehicle crashed and the suspect fled, New Orleans police said in a statement.

Police said a manhunt was underway to capture Boys.

Police Superintendent Michael Harrison praised Holloway, a 22-year veteran of the force, and prayed for his family

\"Officer Holloway was a dedicated police officer who proudly served his community for more than 20 years and was a father of three. He will be deeply missed by all who knew him,\" the chief said.

Holloway, 45, was taking Boys from the police department to Orleans Parish Prison. Boys was arrested on outstanding warrants and also face a charge of aggravated battery, police said.

Crime Stoppers has offered a $10,000 reward for information leading to Boys' re-apprehension.

\"This despicable, cowardly act represents the lowest of the low,\" New Orleans Mayor Mitch Landrieu said. \"We will bring together every law enforcement resource at our disposal to find, capture and prosecute the person for this heinous crime.\"