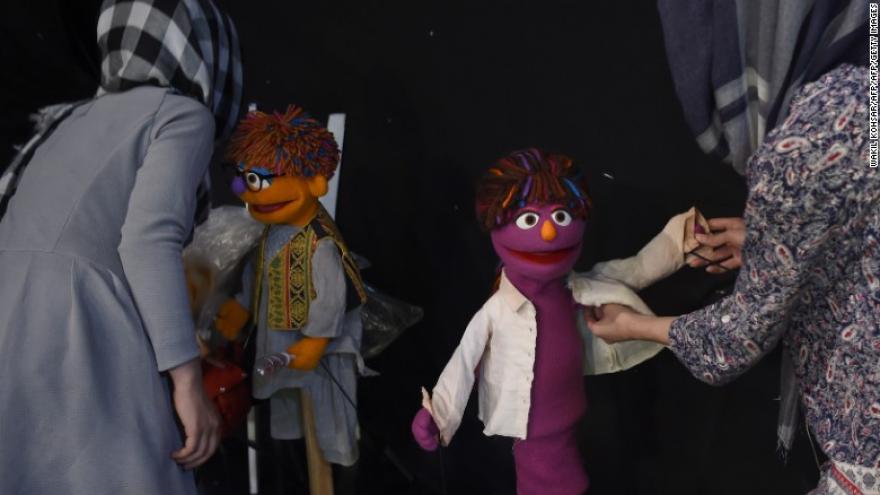 His name is Zeerak, he's 4, and he is the younger brother of Zari, Sesame Street's first Afghan Muppet. Both characters are featured on "Baghch-e-Simsim" ("Sesame Garden"), the Afghan co-production of the long-running children TV show.

Zeerak is described as an "adorable orange Muppet" who wears glasses and regional Afghan clothing. His name means "smart" and "talented" in both of Afghanistan's official languages, Pashto and Dari.

Both he and Zari, introduced in 2016, are intended to show young people in Afghanistan, where women's rights have deteriorated under the Taliban, that girls can be as heroic as boys.

Zari is an eager and curious 6-year-old who does well in school. Last season she was featured in segments that focused on girls' empowerment, national identity, physical health and social and emotional well-being, according to the Sesame Workshop, which produces the show.

And kids loved her. According to a 2017 "Baghch-e-Simsim" survey, there was little difference between boys and girls in their positive feelings about Zari and she had the highest likability among kids' TV characters. The survey also found that "Baghch-e-Simsim" reaches 3.1 million kids aged 3 to 7 in Afghanistan.

In the current season, which premiered last week, Zeerak's segments will cover such topics as respect, tolerance and gender equality. He looks up to his educated big sister as a role model. She assures him he will soon have the opportunity to attend school and "that working hard in school will help him achieve his dreams," according to a Sesame Workshop press release.

Promoting education is important in a country like Afghanistan, which has one of the lowest literacy rates in the world -- about 31% of the adult population. Its female literacy rate is even lower, at 17%.

"We're thrilled to welcome Zeerak into the 'Baghch-e-Simsim' family and continue our work to model the importance of girls' education and bring critical early learning to millions of Afghan children," said Sherrie Westin, an executive vice president for Sesame Workshop.

"We know children learn best when they can identify with characters, and research shows that Zari has been a powerful role model for boys and girls alike."