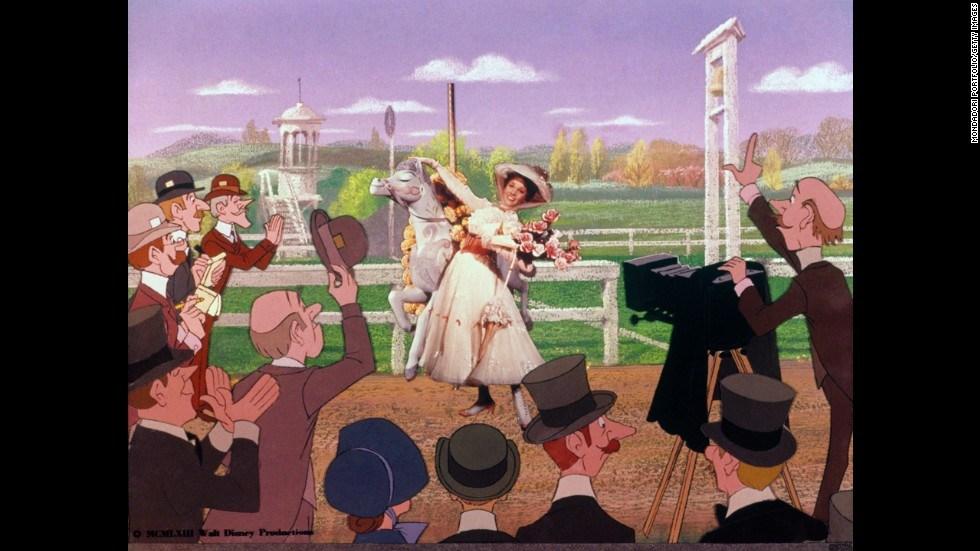 (The Hollywood Reporter) Disney will once again say the word "Supercalifragilisticexpialidocious."

More than 50 years after Mary Poppins flew in on an umbrella into the hearts of moviegoers, Disney is developing a new live action "Poppins" movie, The Hollywood Reporter has confirmed.

The new story will be set around 20 years after the tale of the classic 1964 movie that starred Julie Andrews and Dick Van Dyke. It will also take its cues from the book series that P.L. Travers wrote. (The original, published in 1934 is based largely on the first book. The last book in the series was released in 1988.)

Rob Marshall, who directed "Into the Woods" and "Pirates of the Caribbean: On Stranger Tides" for the studio, will helm the new feature, which will also be a musical.

Songwriting team Marc Shaiman and Scott Wittman, who worked on "Hairspray" and "Smash," will compose new original songs as well a new score.

David Magee ("Life of Pi") is board to write the screenplay.

As detailed in Disney's "Saving Mr. Banks," Travers' had testy relationship with Walt Disney over the adaptation of the original. But the studio is working with her estate on the new movie.

John DeLuca and Marc Platt, who worked with Marshall on "Woods," are also producing the new movie.