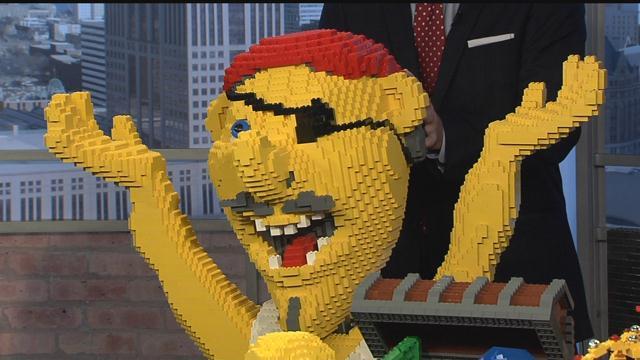 Howard also brought some of his Lego creations with him, like the 4-foot Lego Pirate Matey.  Howard says he's always loved Legos, \"they were probably the #1 toy my entire life,\" he said.

Howard is one of only six people in the United States and 11 people in the world to hold the title of Legoland Discovery Center Master Model Builder. He says he won a contest to earn the spot, and builds a ton of stuff every day. \"That's the best part of the job, honestly, I just love talking to guests and just fans of the product,\" Howard said.

Howard has advice for parents who want to encourage kids to stretch their imagination with their Lego creations. \"I encourage building the model first, learning some of the cool technique that they've incorporated in that model, then apply it to your own model, your own creation,\" he said.