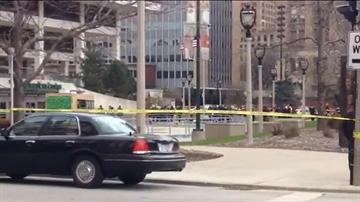 They said this was their first update on the investigation into Hamilton's death sinceApril 30th in Red Arrow Park.

They said that during the meeting they learned that the 31-year-old was shot 15 times during a struggle with a Milwaukee Police officer and was also shot while down on the ground.

The family's attorneys are questioning the fact that all of the initial interviews in the case were done by Milwaukee Police and that the Department of Criminal Investigations only provided oversight in reviewing those.

This appears to violate, at least the spirit, of a new law that went into effect earlier this year, mandating that outside agencies investigate deaths involving police.

The Hamilton family said they are not confident the DA will make what they believe is the right choice to press criminal charges against the officer.

The family does not know when they will get answers in the case and explained that at this point there is not exact timetable.