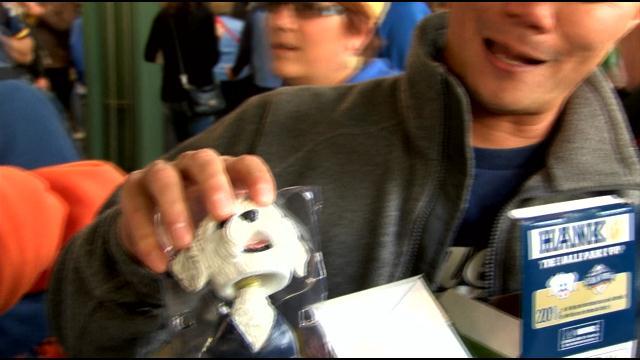 If you didn't get the chance to snag a Hank bobble head this year at Miller Park, there's always next year.

The Milwaukee Brewers announced Tuesday that Hank Bobble Head Day will be on Mother's Day, May 10, 2015.

The game is against the Chicago Cubs.

In making the announcement the Brewers stated this:

Be sure to follow us on Twitter (@Brewers) and Facebook, you'll have the chance to win tickets to this game (and the rest of the all-fan giveaway dates as they are unveiled)— before you can buy ‘em!

If you don't win, don't worry. Individual tickets will go on sale in spring. However, if you'd like to secure your tickets for this game early, the Deer bobblehead is included in select season ticket packages which are on sale now.

Be sure to check back in the coming months as we also unveil the image of the actual bobblehead when we get it!

Stay tuned to the blog, our social channels and brewers.com/allfans all week as we unveil more of the #20in15!