New Cosby accuser: 'Do you remember me?' 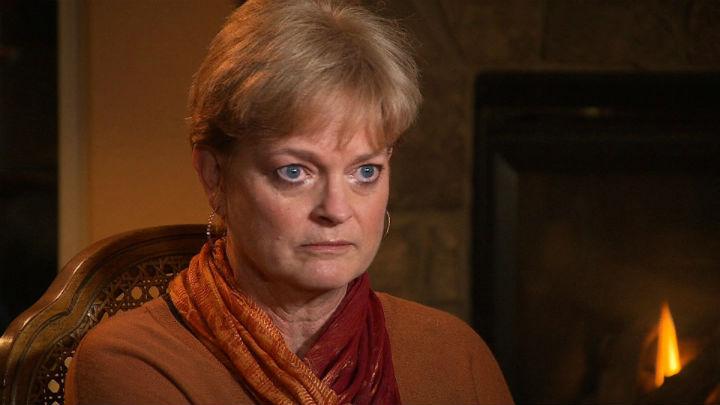 Thomas says she has held a secret for 30 years. Now, for the first time, she wants to be heard.

Her secret is one that may sound familiar as she adds her name to the list of more than 20 women who have spoken out to various media outlets about allegations of sexual misconduct by Bill Cosby.

Cosby's attorney has called the spate of sexual assault accusations against the comedian \"ridiculous.\"

Martin D. Singer said in a statement it defies common sense that \"so many people would have said nothing, done nothing, and made no reports to law enforcement or asserted civil claims if they thought they had been assaulted over a span of so many years.\"

A representative of Cosby did not immediately respond to this most recent allegation.

Thomas' account dates back to 1984. Los Angeles was preparing for the Summer Olympics, Michael Jackson's \"Thriller\" album topped 37 million albums sold and a Hollywood icon was ready to launch a new show that would rewrite television history. Bill Cosby was on the verge of superstardom.

Meanwhile in Denver, a 24-year-old aspiring actress, then known as Heidi Johnson, was on the verge of her big break.

She was represented by JF Images, considered one of the premier modeling agencies in Denver. Its founder, Jo Farrell, had earned the nickname \"Barracuda.\"

\"I'd go into her office and your knees would shake. But then again, as a young talent trying to get started, you look at that kind of intimidation factor and you think, 'Oh, she's-- she knows what she's doing. I am in good hands here,'\" Thomas says.

In 1975, the local press reported that Farrell responded to her nickname by saying, \"if being a barracuda means I work very hard, protect my people and being a good businesswoman, then I accept it.\"

CNN reached Farrell, who is retired, by phone, but she declined to comment on Cosby.

Thomas says her career was picking up in 1984, but she was questioning whether she wanted the lifestyle of a model. That's when the call came from Annie Maloney, an agent with JF Images, who told her there was a very important person in the industry who was \"looking for young talent that he can mentor.\"

She says Maloney told her that she needed to go to Reno, Nevada, because Bill Cosby wanted to work with her -- to coach her and help her act. Maloney died in 1997.

Cosby was performing at Harrah's Hotel and Casino. Thomas says her agent told her she would be staying there and Cosby would probably be doing the coaching in his hotel suite.

Thomas' mother, Greta Lea Johnson, was concerned about her daughter going to a new city by herself.

\"I'm not a hovering mother, but, of course, we had no cell phones. We had nothing that we could use to keep in contact with her ... We had no knowledge of where she would be.\" Looking back, Johnson says, \"We were pretty naïve.\"

The driver told her that a friend let Cosby use their house outside Reno so \"he doesn't have to deal with all of the paparazzi,\" Thomas says.

Thomas says Cosby greeted her at the door of the sprawling house, and later, the coaching began.

She says she performed a monologue, and when she finished, Cosby asked her to do a cold read of a person who was intoxicated.

According to Thomas, Cosby wasn't impressed. Thomas wasn't much of a drinker.

\"How are you ever going play an intoxicated person ... if you've never been drunk?\" she says he told her.

She says Cosby wanted her to relax, and he gave her a glass of Chablis.

Thomas admits that her memory of the next few hours is \"foggy,\" but she says that at one point, he may have asked her something like, (Are you) \"feeling the part now?\" or \"Feeling the lines now?\"

Thomas says that when she woke up, Cosby was next to her in bed, naked and \"forcing himself in my mouth.\" She says she remembers feeling like she wanted to throw up.

Soon after, Thomas says, Cosby was getting on top of her again and referring to himself in the third person.

\"I'm your friend ... your friend is gonna (ejaculate) again,\" Thomas remembers him saying.

Rather than get angry with Cosby, Thomas says, she made excuses and asked herself, \"What's happened? Why am I here? Why is he naked? What did I say? What did I do?\"

Thomas says she remembers eventually storming out of the room and slamming the door, and then apologizing for being \"rude.\" The next thing she can remember is riding with Cosby to his show. She says the rest of her memory is spotty: She recalls a cook offering her strawberries and having wine with Cosby before his show. But, she says, she doesn't remember much more from the four-day trip.

Thomas says that months after the incident in Reno, she learned Cosby was going to be in St. Louis. She says she traveled there and was able see him backstage after one of his shows, but never talked to him about what happened in Reno. She was never alone with him, she says.

\"There's another thing I wish I could explain,\" she says of the trip. \"[The] closet thing I can say here is I just wanted to make this right ... I'm still not thinking I've been abused. I'm thinking this is all my fault.\" Thomas says she wanted to see if Cosby really thought she had talent.

That was 1984 -- and Thomas says that she's been haunted in the years since, thinking that maybe she'd brought it on herself. She chose not to confide in anyone, including her agent or the talent agency.

Indeed, Johnson says Thomas called her from Reno back in 1984 after her first full day there and after the alleged incident. Thomas says she doesn't remember making that call, but her mother has little trouble recollecting the confusion and anguish she felt hundreds of miles away.

\"I remember standing in the kitchen thrilled to hear from my daughter. She was excited.\" Johnson remembers making some small talk when she said Thomas said something very disturbing.

\"I did something wrong and ... I got away and slammed the door,\" Johnson remembers her daughter telling her.

Johnson says she continued trying to get more information from her daughter on the phone.

Johnson says she wanted to comfort her but didn't know how. \"I couldn't reach her. I couldn't touch her. I didn't know anyone in Reno to send her to. She was on the other side of the earth.\"

Thomas says she returned to Denver with no memory of the flight or the ride home with her parents.

\"I don't remember seeing them. What did we say to each other? How did she look? I-I-I have nothing.\"

Johnson says she decided not to mention the phone call -- or let on that she knew in any way -- because she just wanted \"things get back to normal\" for her daughter.

Thomas has never spoken publicly about this incident, until now. She says finding out that her mother knew all along was what freed her to speak.

\"I finally find out that she knows, that Dad knows, that they are supporting me if I want to go public...Then it became full steam ahead, I want to empower people.\"

\"I was beginning to think though...that whole keeping-your-silence is a form of acceptance. It's not supporting the women who are coming forward. It's not helping ... and if enough people make enough of a fuss, maybe we can get a culture that starts to listen,\" Thomas says.

Today, Thomas teaches piano to children who share the same dreams she did 30 years ago. Playing \"Clair de Lune,\" her mother sits next to her on the bench, turning the pages of her songbook.