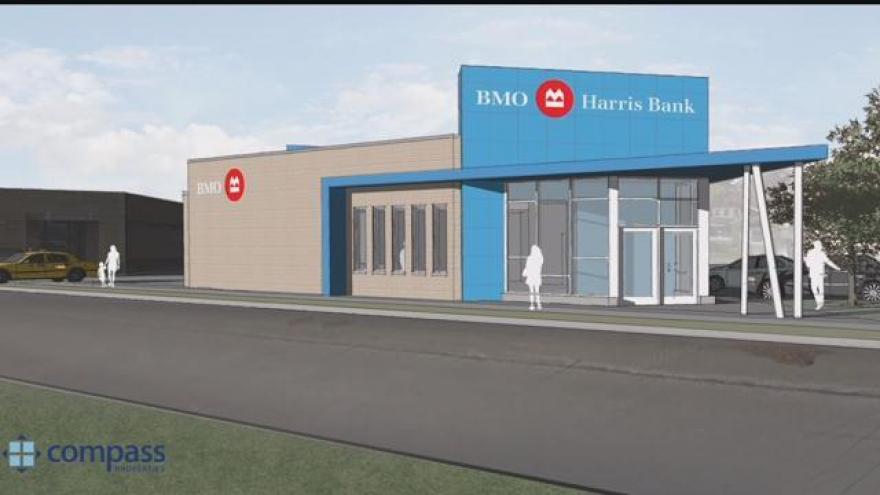 Boards still cover up the damage at the BMO Harris Bank branch near 35th and Fond Du Lac.

It's one of several businesses that was set on fire in Milwaukee's Sherman Park neighborhood last August.

"I think for all of us in Milwaukee, that was a difficult night," said Senior Executive Jud Snyder.

But bank officials said it was an easy decision to stay, as they've been in the neighborhood for nearly 60 years.

"It's a great community," Snyder said. "It's historic. It's beautiful. It's a wonderful inner city community. I think Sherman Park has a lot to offer."

The company's re-commitment comes with a new building right across the street from its current location. It'll have the latest technology for banking, making it BMO's first "smart branch" in the state.

"That's a good idea because part of the community needs to be rejuvenated, brought back to what it was at one point," said longtime Sherman Park resident Kenneth Tatum.

The BP gas station at Sherman and Burleigh is a critical part of that too.

Alderman Khalif Rainey said he's working with the owner, who has submitted plans to the city to re-build the destroyed business.

"I'm looking forward to seeing that process play out," he said. "Ultimately it's my hope that we come back bigger and better than what we were."

Rainey said those who live in the neighborhood will have a chance to give their input and voice concerns before the final outcome.

"I think in many senses the return of this gas station symbolized a return of Sherman Park," he said.

Rainey said construction on the new gas station could start as early as April.

Meanwhile, the new bank branch is expected to open this fall. The current one will then be re-developed into a community space.