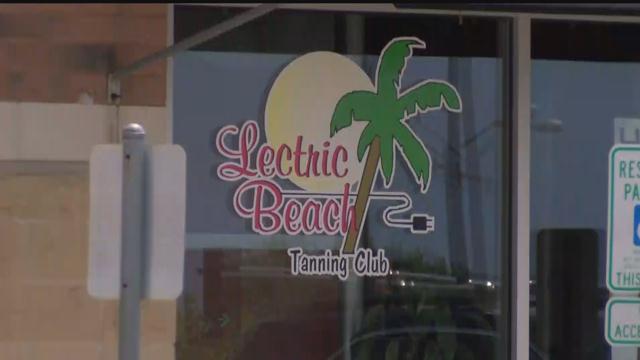 An accused peeping tom at a New Berlin tanning salon now awaits charges after getting caught reaching under a stall and taking pictures with his cell phone, according to search warrant paperwork.

The suspect was another customer at the salon. He's currently awaiting charges at the Waukesha County Jail, according to court documents.

Beneath a partition a customer - according to a court documents - "observed the phone move slightly as if someone was holding the phone...[she] said she was startled and she said 'Whoa!. Then [she] said the phone suddenly disappeared back into booth 16."

The female customer said she had been completely undressed while tanning and immediately told front desk staff.

A New Berlin officer arrived and questioned the suspect. According to the search warrant,  he told the group "...that he just placed his cell phone on his pile of clothes when he undressed...[he] denied placing his cell phone in a position in which to photograph or record [the female customer]."

But after saying that the officer looked at the suspect's photo gallery which included nude pictures of both the suspect and unidentified women, according to court documents.

He is currently being held in the Waukesha County Jail after having a prior probation revoked as a result of this incident.