NEW BERLIN, Wis. (CBS 58) -- Several summer youth sports teams are now searching for a new venue to practice and play after a partial building collapse at the OAW Indoor Sports Complex on Racine and National Avenue.

It happened Tuesday night just before 8:00 p.m. New Berlin firefighters responded to the scene within four minutes of receiving an emergency call.

As many as 50 people were inside the building at the time of the collapse. Everyone was able to evacuate safely and no one was hurt.

Mark Polzin, New Berlin Fire Chief says when first responders arrived, there was a strong odor of natural gas so officials shut it off as a precaution.

"WE Energies was called to secure the rest of the utilities," Chief Polzin said.

Chief Polzin says fire officials worked with the building owner to view security footage in order to ensure no one was left inside the building. 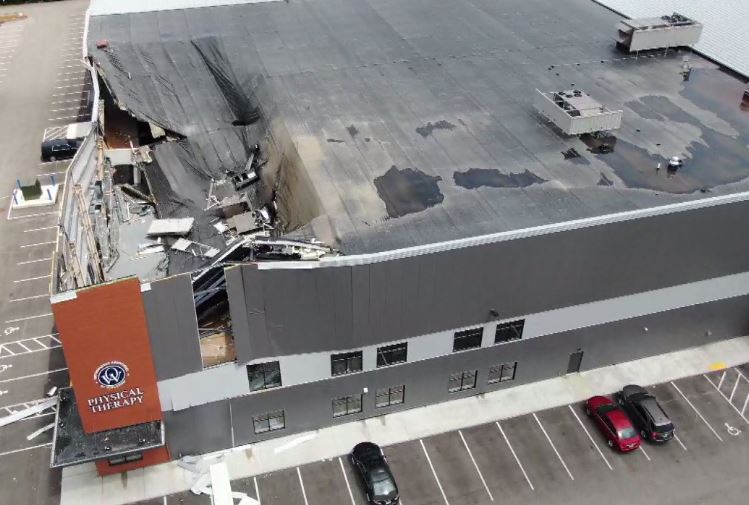 Images from the following day CBS 58

The building is currently deemed to be "very unsafe" and no one is allowed to go inside.

"My initial reaction was that we are lucky everyone got out safely and that the damage was kept to a small portion," Polzin said.

The sports complex is a large facility but officials say the damage was mostly contained to the southwest corner of the building.

"It's a newly constructed building. We didn't expect to be called there," the chief said.

The fire department says heavy rain and weather were a "huge factor" in the incident.

Polzin believes water buildup on the roof from Tuesday's storm may have caused the collapse but the officials cause remains under investigation.

Structural engineers are working with the City of New Berlin Inspection Department to further assess the situation. Crews were out surveying the damage for most of the morning Wednesday. 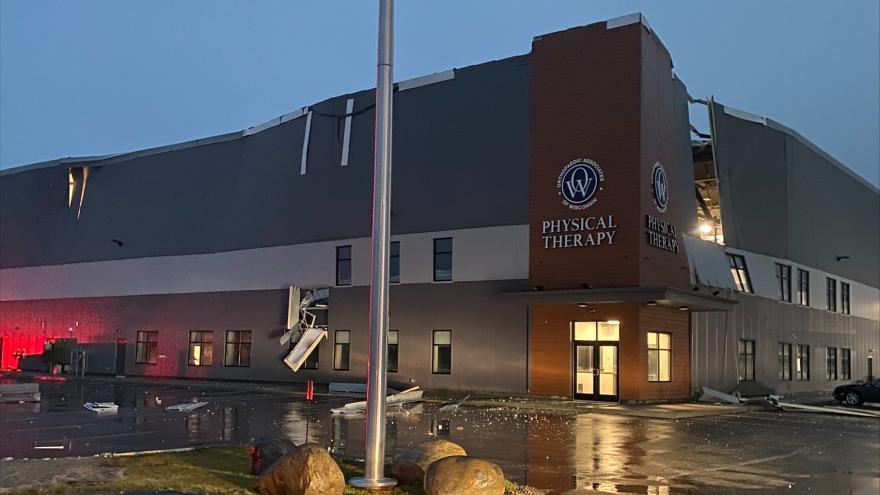 Tuesday night CBS 58
Contributions to this story also made by: CBS 58 Newsroom
Share this article: