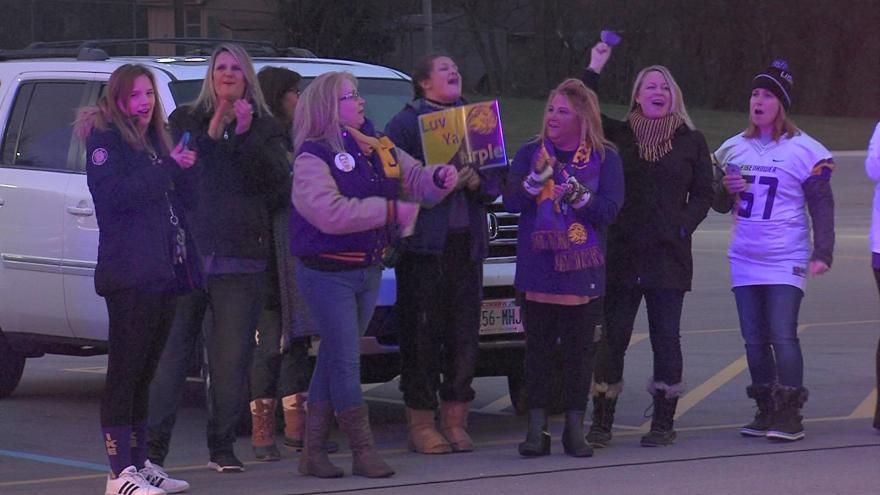 Brookfield Central goes for its first state championship against Waunakee at 1:00 p.m. Friday.

CBS 58's camera was there when the team got a big send-off at the crack of dawn.

The undefeated Lions are playing for the Division Three State Championship against Rice Lake.