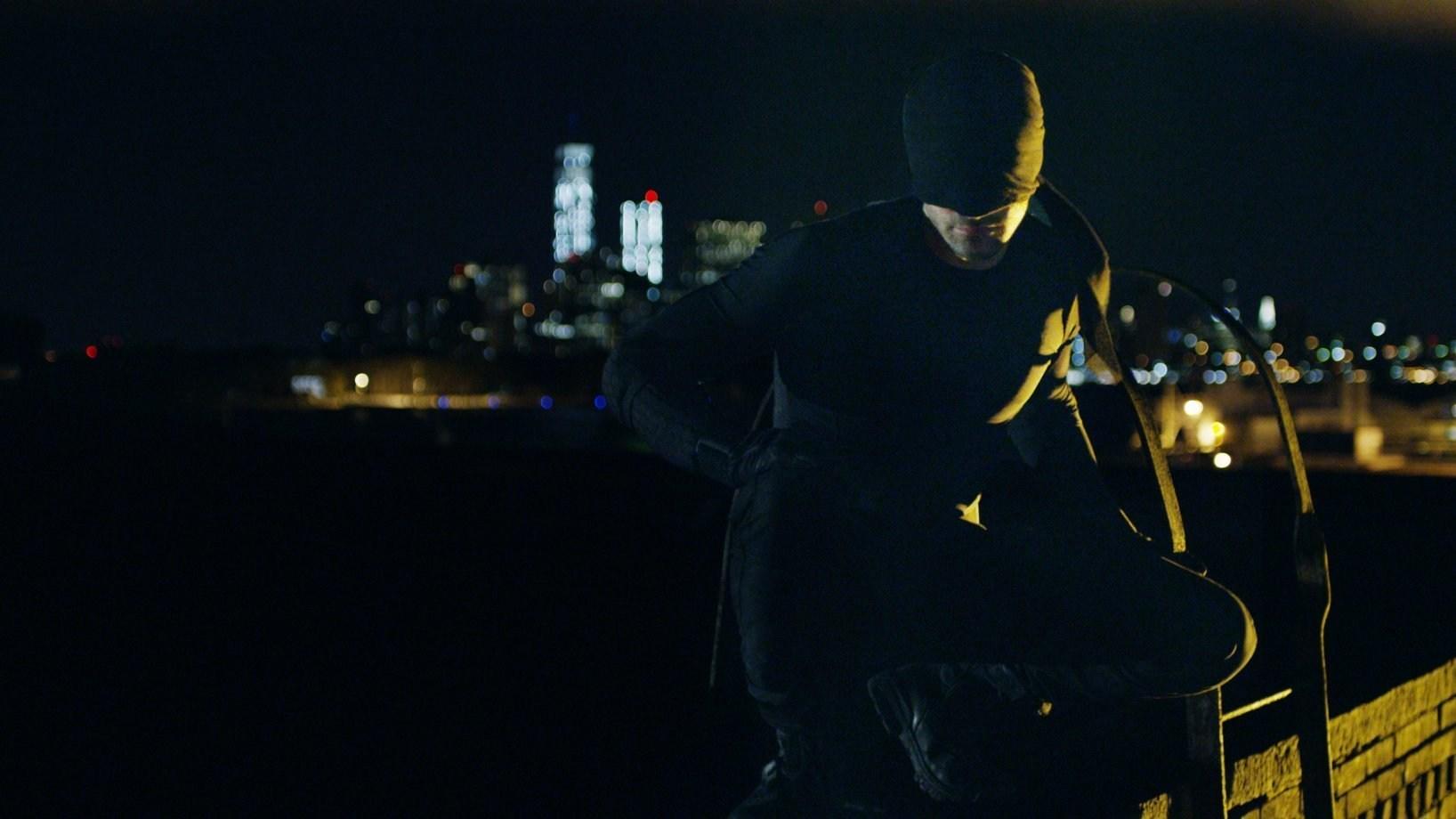 (CNN) -- Justice may be blind, but it's easy to see that Marvel's \"Daredevil\" is already a hit with fans.

The pitch-black dark new series streamed its entire first season on Netflix Friday morning and the early word is quite good.

Charlie Cox is perfectly cast as blind attorney Matt Murdock, whose nights are consumed with cleaning up the New York neighborhood of Hell's Kitchen while dressed in a black ninjaesque outfit.

As the season unfolds, he heads toward a confrontation with Vincent D'Onofrio's Wilson Fisk, a.k.a. the Kingpin.

Oh, and there's that red suit.

So what do critics think of this? Quite a lot, so far, with 94% giving it positive reviews on Rotten Tomatoes.

\"The series stays incredibly faithful to Daredevil's pulp roots and does something delightfully unexpected - trust its fans enough to spare us a long, drawn-out origin story,\" said Sadie Gennis of TV Guide.

Early risers on Twitter praised the show as well, especially Cox's performance, as well as a drawn-out, well-choreographed fight scene in episode 2.

Does Netflix have a \"House of Cards\"-like hit on its hands? Time will tell.