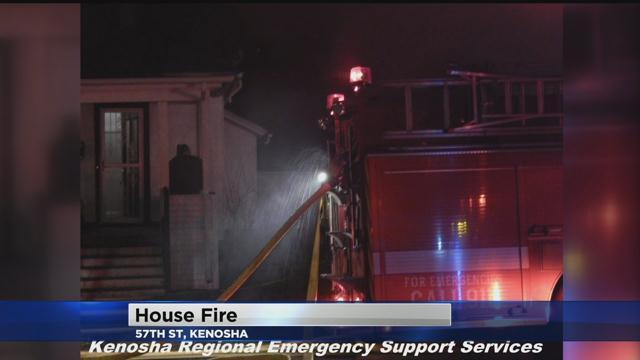 Two men are being hailed heroes this morning after pulling a neighbor out of a burning house.

The fire broke out at a home near 18th Avenue and 57th Street in Kenosha Monday night. Police say the neighbors broke into a window and pulled the man from the burning home. While the home is considered a total loss, the 63 year old man suffered only some smoke inhalation.