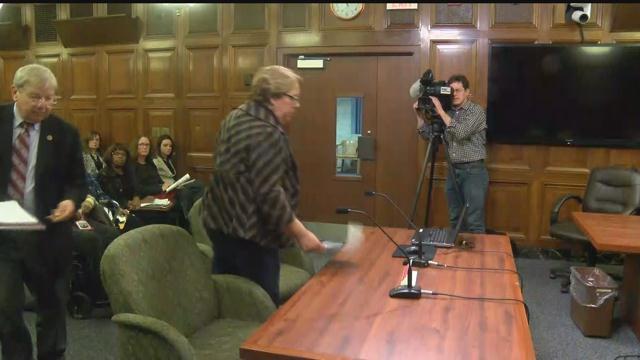 Neighbors of a new housing facility to help the mentally ill said they were misled about sex offenders moving into the neighborhood..

It's not just neighbors who were upset. But city and state lawmakers also are demanding answers saying they were lied to time and time again.

It was a packed room in the Health and Human Needs Committee Meeting.

This was about the Matt Talbot Center on the Milwaukee’s south side.

The monitored facility helps mentally ill patients transition from an institution to a community setting.

It can house about eight people at a time.

Residents said they initially were told there would be no sex offenders in this home. But then were later told two registered sex offenders would move in.

After finding out sex offenders would be moving in, they were told they would be monitored with some type of ankle bracelet.

On Tuesday, those residents were told that there would be no bracelets of any kind.

Residents and lawmakers addressed their concerns once again and are demanding accountability.

But those who knew about the plan from the beginning saying nothing can be done.