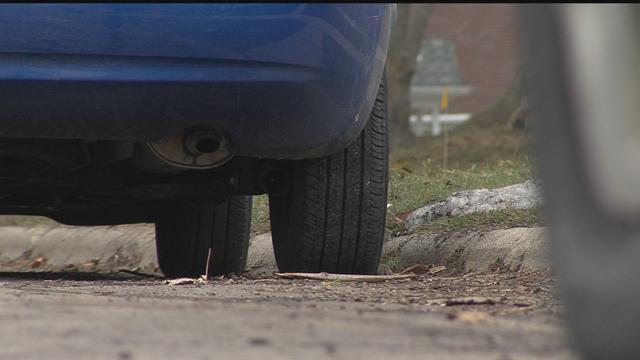 Fewer parking options for the Wisconsin State Fair. That's the concern of some neighbors along 85th Street in West Allis. The city is about to begin a road construction project and new curbs are part of it, but a group of neighbors are worried if a certain curb design is chosen, it'll mean parking off site will be more difficult for the fair-goers. Right now, 85th Street has a curb that is more of a slope, one that neighbors say allows cars to easily pass over. Dick Blomenkamp and Jack Oleskow are upset with the possibility of them being replaced with a standard curb design that is six inches off the ground. Blomenkamp worries if cars can't get over the curb, they'll have to go elsewhere. And when there are close to a million people in the area for the fair, parking options may be limited.

But the city is taking bids for three different types of curb styles. The standard six inch, one that is similar to what's already there and a third one that resembles a ramp. Public Works Director Michael Lewis says the city will go with what's the easiest to afford.

"We can install virtually any kind of curbing, and there are lots of different types of details out there that you can find. Contractors can install it, again it just is cost," Lewis said.

If that's the standard style, Lewis says cars can handle that.

Blomenkamp hopes what is removed for the construction project is replaced as is.