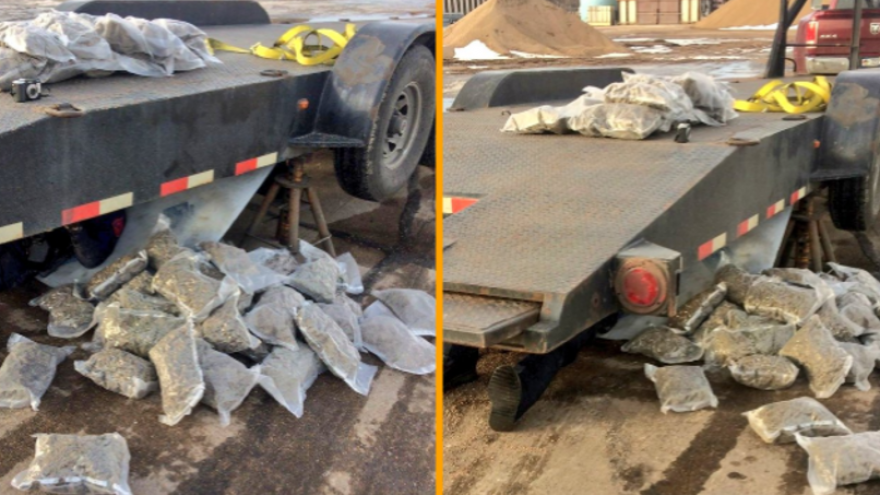 "Today's hint: if you are carrying over 120 pounds of marijuana, pack it so that it doesn't fall out while driving down the interstate," The Nebraska State Patrol Troop C tweeted. "Luckily someone called us so we could reunite them with their lost packages."

The incident happened at 3 p.m. Friday near Odessa. Someone called the NSP to report that a package had fallen from a flatbed trailer being pulled by a Dodge Ram.

A trooper found the vehicle while another trooper recovered the package. Upon finding the package, the trooper determined that it was filled with marijuana.

Troopers then conducted a searched and found a hidden compartment on the undercarriage of the trailer.

Dozens more packages were found inside the compartment. In total, troopers seized 122 pounds of high-grade marijuana from the vehicle. The estimated street value is $366,000.

The driver of the pick-up, Charlie Red, 48, of Colorado, and passenger Damaisy Rodriguez, 29, of Florida, were both arrested for possession of more than one pound of marijuana and possession with intent to deliver.

Both were taken to the Buffalo County Jail.