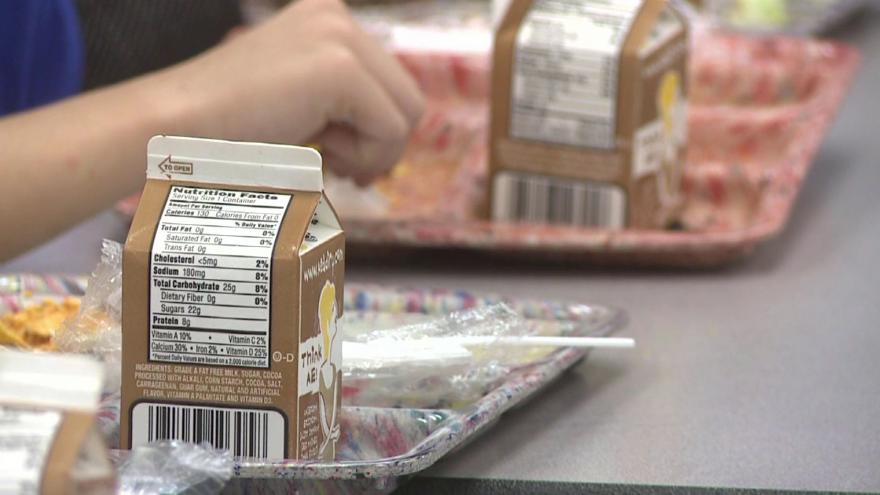 LINCOLN (CBS13) — A Lincoln middle-school student was denied lunch after a zero balance showed up on her lunch card.

“To get up to the lunch line and have your lunch taken away from you because you didn’t have $3,” he said.

And all in front of your classmates. On Friday, Gearhart says it happened to his 6th-grade daughter, a student at Twelve Bridges Middle School in Lincoln.

“That kills you as a parent,” he said.

This is the latest example of a nationwide issue. In California, lawmakers are trying to prevent more cases of what’s called “lunch shaming.”

Gearhart says he loaded $10 into his daughter’s lunch account online as he always does, but when lunchtime rolled around, the balance still said $0. His daughter’s meal was taken away and replaced with one apple and some milk.

“I was immediately angry, calling the school and trying to get answers,” said Gearhart.

It released a statement Tuesday saying in part, “If a student does not have lunch money or does not have a balance on their account, they are offered a light alternative, which typically consists of milk or juice and a piece of fruit or snack bar.”

State Sen. Bob Hertzberg (D-Los Angeles) said, “This is just one of these practices that shocks the conscience.”

California is trying to prevent what’s known as lunch shaming. Beginning Jan. 1, a new law will stop schools from treating children whose lunch accounts are past due any differently than those who don’t have money for the day. Hertzberg authored the bill.

“In the meantime, let’s not victimize children for adult issues,” said Hertzberg.

The law still allows schools to serve an “alternative snack” to students who can’t pay and wouldn’t have made a difference for Gearhart’s daughter since she wasn’t in debt, but Gearhart hopes the district will make changes on its own, so no child has to finish the school day hungry.

The new bill will also require schools to notify parents when unpaid fees exceed ten full price lunches. An official with the Western Center on Law & Poverty says there may be a second bill in the future that could ensure kids get a full meal regardless of what their balance or debt is, as long as there is an agreement that parents pay it at a later date.