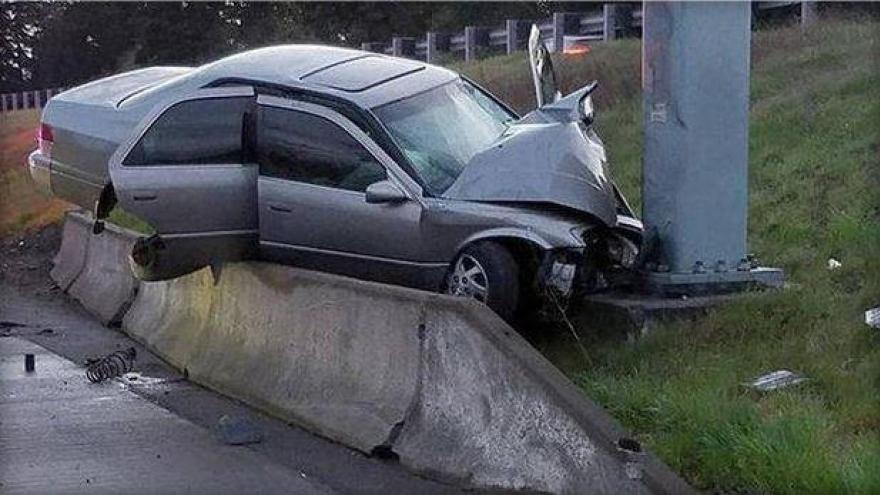 The Washington State Patrol said Saturday that 22-year-old Chyna J. Thomas died at the scene on Interstate 5 in Federal Way after the accident about 5 a.m. The police report said she wasn’t wearing a seatbelt.

Witnesses told CBS affiliate KIRO that the car, a 1998 Toyota Camry, was being driven normally at first.

“All of a sudden it started to drift very casually onto the left shoulder,” State Patrol spokesman Trooper Nick King said.

The car traveled about 50 feet partially off the roadway until it hit a Jersey barrier.

The car came to rest on top of the barrier and against a large metal pole holding a carpool sign on the shoulder of the freeway.

Chyna Thomas’ Facebook page’s profile lists her a package handler for Federal Express and a former student at Tacoma’s School of the Arts, KIRO reports.

Isaiah Thomas is a high-scoring guard for the Boston Celtics. From Tacoma, he played at Curtis High School and the University of Washington.

“We are terribly saddened by the tragic loss of Chyna Thomas,” the Celtics said in a statement. “The thoughts and prayers of the entire Celtics organization are with Isaiah and his family.”

The Celtics open the playoffs Sunday in Boston against the Chicago Bulls. There’s been no update on Thomas’ status, CBS Sports reports.

According to a league source, Thomas did not find out until after Saturday’s practice.