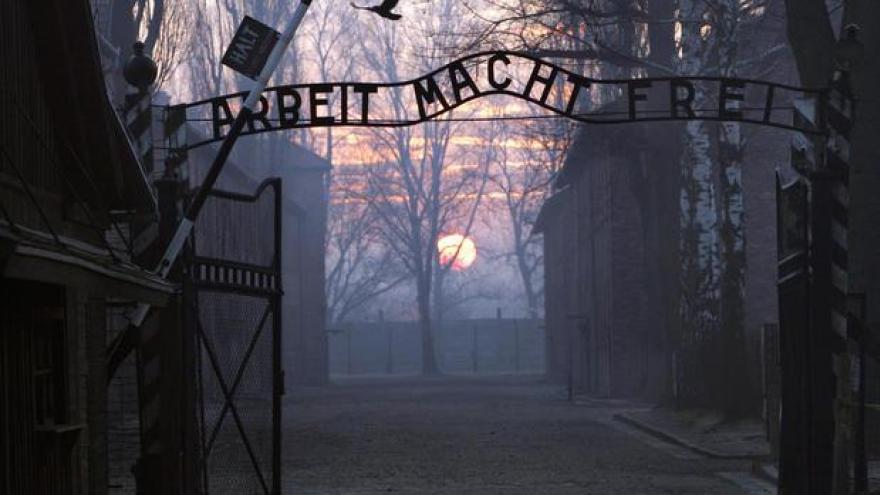 (CBS NEWS) WARSAW, Poland -- Officials say a group of some 10 Polish-speaking people took off their clothes, killed a sheep and chained themselves together by the main gate of the former Nazi German death camp of Auschwitz before being detained by police.

A spokesman for the Auschwitz memorial, Bartosz Bartyzel, said their motives were not clear as they briefly stood by the notorious “Arbeit Macht Frei” (“Work sets you free”) gate in the southern city of Oswiecim on Friday afternoon.

Bartyzel said museum guards ordered them to dress and called the police. Visits to the site were temporarily suspended.

A police officer on duty, Grzegorz Babiuch, said the group of young people was detained for questioning.