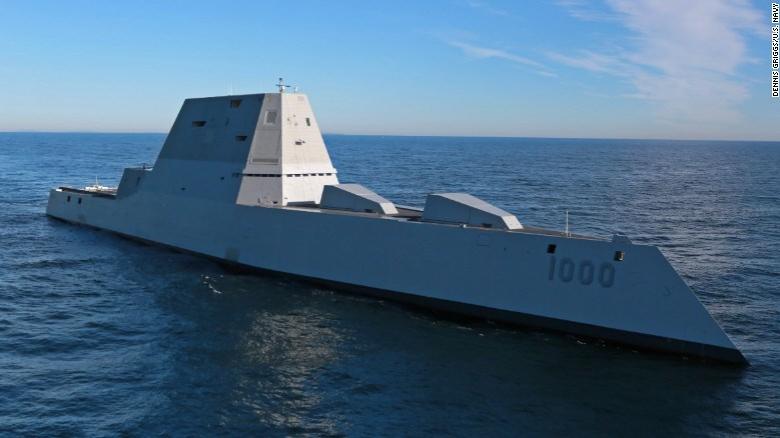 (CNN)The USS Zumwalt has yet to officially join the Navy's fleet as one of its most advanced destroyer ships, but it has already helped bring a man to safety.

The advanced guided missile destroyer, which boasts stealth capabilities and will one day help support Special Operations forces, responded on Saturday to a distress call from a fishing boat off the coast of Maine, rescuing a fisherman who was experiencing chest pains.

The stealth destroyer's crew -- a combination of Navy personnel and employees of Bath Iron Works, which is testing the ship -- deployed to the fishing vessel on an inflatable boat to hoist the distressed fisherman aboard the Zumwalt.

"After medical evaluation, the patient was transferred from Zumwalt to a Coast Guard helicopter and then to an area hospital," U.S. Navy spokesperson Thurraya Kent said in a statement.

The Zumwalt is set to be commissioned sometime next year and was conducting "at-sea tests and trials" when it received the distress call, Kent added.

The Zumwalt will be the Navy's largest destroyer once it is commissioned into service -- but its stealth capabilities will make it look like a fishing boat on radar.