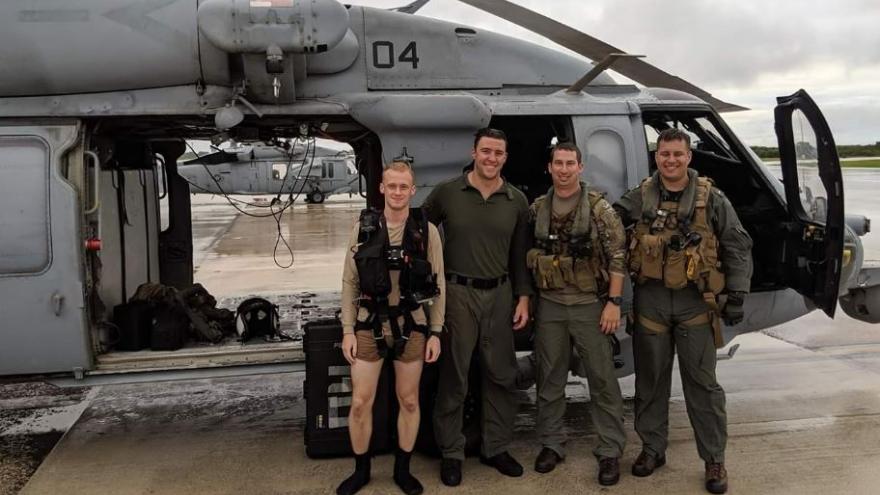 MENOMONEE FALLS, Wis. (CBS 58) -- A group of Navy Air crewmen from Wisconsin is getting recognized for saving a sailor's life off the coast of Guam.

Naval Air Crewman 2nd Class Dominic Thomas, from Menomonee Falls, is part of a helicopter squadron based in Guam.

His unit responded to a civilian in distress aboard a sailboat on June 24.

The sailor was injured three days earlier while sailing through a severe thunderstorm aboard a 32 foot sailboat.

The U.S. Coast Guard Sector Guam notified the crew after the sailor used a satellite phone to call for help.

The group posed for a photograph after completing a search and rescue mission as part of Island Knights of Helicopter Sea Combat Squadron (HSC) 25.

The search and rescue was led by Aircraft Commander Lt. Nathan Gordon, from Marietta, Georgia, who is also pictured.