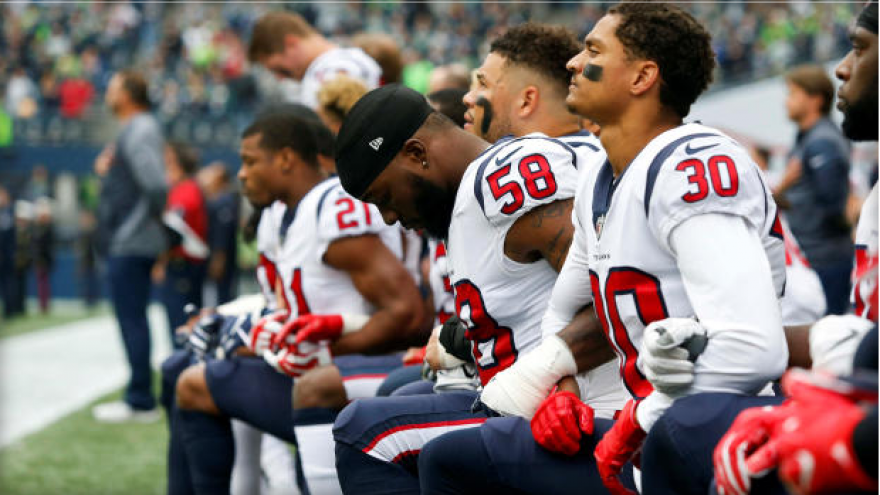 SACRAMENTO, Calif. -- The California chapter of the NAACP is pushing to get rid of the national anthem, calling the song racist and anti-black, CBS station KOVR-TV reports.

"This song is wrong," chapter president Alice Huffman told the station. "It should never have been there, and just like we didn't have it until 1931, it won't kill us if it goes away."

As quarterback for the San Francisco 49ers, Colin Kaepernick started the NFL protests during the anthem that quickly spread to bring attention to racial injustice in the country. But Huffman said Kaepernick's message was lost when it turned into a debate about the flag.

"The real intentions got overlooked, and it's become something that's dividing us, and I'm looking for a way to bring us back together," she said.

Huffman said that the protests led her to look at the lyrics of "The Star-Spangled Banner," especially the parts of the anthem Americans don't typically sing.

"It's racist," she said. "It doesn't represent our community. It's anti-black people."

Huffman is referring to the third stanza, which includes the lyric "no refuge could save the hireling and slave from the terror of flight or the gloom of the grave."

She said some interpretations conclude that the lyrics celebrate the deaths of black American slaves fighting for freedom and the song should be replaced with something that supports all our values.

Patrons at a Veterans of Foreign Wars post in West Sacramento disagreed.

"I believe it is a slap across the face," said Sydney Lugo. "Whether there's some kind of little flaw in the context of what this is, I don't see it that way. I have to stick with our traditions and our values and what we represent."

Huffman said it may not solve anything, but it's a step toward social justice that she said is long overdue.

"This country is a country that has shared values, and the more we respect each other, the better off we'll be as a country," she said.

A separate resolution by the California NAACP calls on Congress to censure President Trump for his remarks about firing those who don't stand for the anthem.

The organization is looking for legislative sponsors for those resolutions.