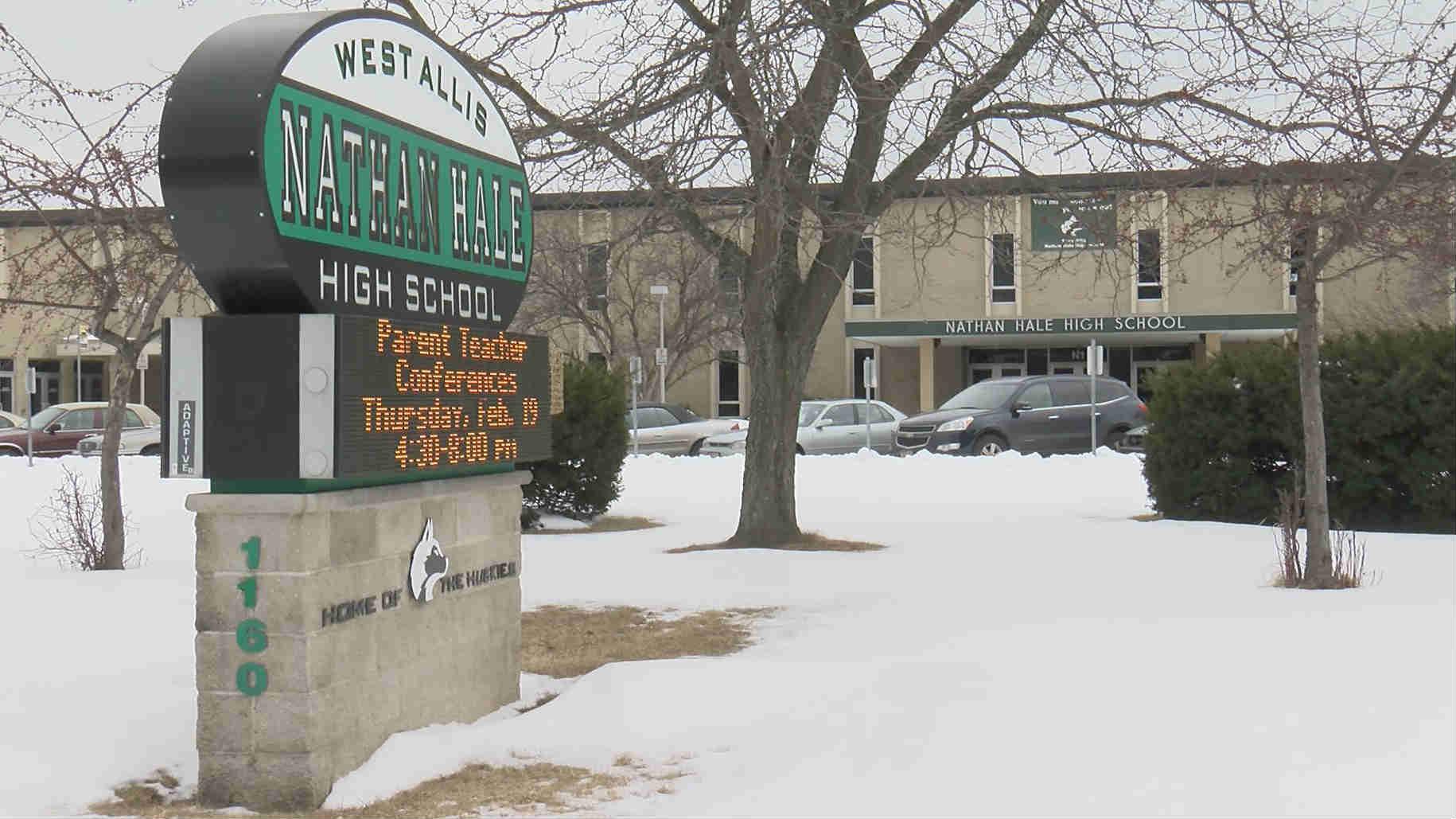 Outside Nathan Hale High School Wednesday, talk of a politically-charged quiz had some parents fired up.

\"Keep it out of the schools,\" grandmother Kristine Yakich said.

The quiz, which national education reform group EAGNews.org first reported on, asked 11th grade civics students to rate political statements across a spectrum from Communist to Fascist and with liberal, moderate and conservative in between.

A student credited one statement, \"We should not help the poor, it's a waste of money,\" to fascism. The teacher marked it incorrect, saying the proper answer was conservative or Republican.

CBS-58 News spoke briefly on the phone and via Facebook with the parent of the student but she declined to comment, saying only \"The [image of the worksheet] IS the story.\"

\"It should stay out of the school, you know the kids don't care,\" Yakich said.

Yakich's grandson is a freshman at Nathan Hale. She says most high school students don't even care about politics.

\"If [the teacher] wants to stand out on the corner and whatever, then let her do that or talk to adults? Go to a restaurant, do whatever. But not in school,\" Yakich said.

West Allis West Milwaukee Interim Superintendent Dr.Paul Strobel wouldn't speak to CBS-58 News on camera, but said via telephone \"the bottom line is the quiz should never have been given.\"  Strobel says administration did not know the quiz was part of the teacher's curriculum.  The district released a written statement saying in part, \"Social studies teachers will not use the... assignment in the future because it was inaccurate and not appropriate.\"

But some parents think the issue was blown out of proportion.

\"Are some test questions worded wrong? Yeah, they could be improved,\" parent Kara Kay said.

Kay's daughter is a junior and took the quiz herself. Neither one had an issue, saying the worksheet actually helped spark healthy debate.

\"[My daughter] felt like the discussion in the class was very open and honest and people gave their opinion but she didn't feel like it was controversial at all,\" Kay said.

The school district wouldn't say if the teacher faced any punishment, but Dr. Strobel said he could \"guarantee she's been talked to.\"  The district will no longer allow the quiz in school.